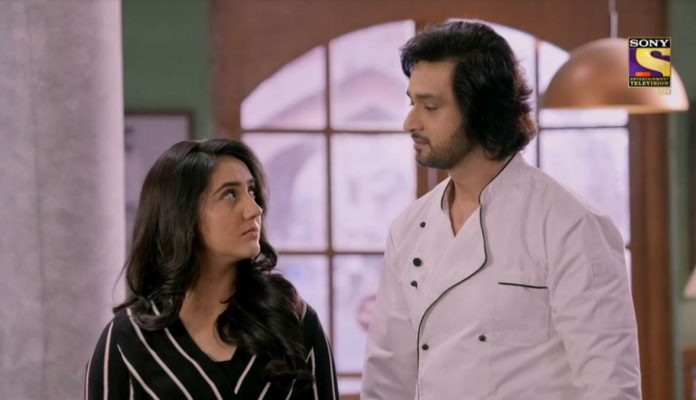 Patiala Babes Last Episode Mini decision stuns Neil Mini cries on seeing Imarti’s bangles in Hanuman’s stuff. She recalls Hanuman and Babita’s life. Hanuman didn’t give Imarti’s rights to Babita. Mini didn’t know that Imarti was always in Hanuman’s heart. Nayeem Bi proves that Hanuman loved Babita, but she could never take Imarti’s place, she already knew about the bangles kept for Imarti and waited to get it for long, but failed. She tells that Hanuman didn’t wish to hurt her. Mini gets upset.

Nayeem Bi tells that Hanuman and Babita didn’t get to know each other well since they were afraid that their past will come out. She asks Mini not to wish for a same life like Babita. She tells that Neil and Isha’s relation will always come in between to hinder her happiness. She doesn’t want Mini to complicate her life.

She asks Mini to simplify her life by stopping her steps towards Neil. She tells that she should move on and also consider Kia’s happiness with Neil. On the other hand, Neil spends time with Kia. He is upset when Kia distances herself. Neil feels Kia doesn’t want him in her life. He tries hard to befriend her, but fails. Isha doesn’t want Neil to stop pleasing Kia. She tells that its hard to understand Kia. Isha acts cheap to tease him. She jokes on him by taking Mini’s name. Mini soon gets to see their upsetting relation. Isha tries to make Mini jealous. She shows her rights on Neil, making Mini more clear of her decision.

Isha asks Mini about the reason for her call. Mini tells them that Nayeem Bi had called her. Nayeem Bi wants Neil and Isha’s relation to stay. She tells that divorce shouldn’t happen if a couple has children. Mini asks Neil to give his marriage another chance, since she isn’t involved with Neil. She doesn’t want to talk about herself. She seeks Isha’s reply. Isha tells that she can consider her request and give another chance to Neil. Neil feels Mini never understood him. He doesn’t want her to impose relations on him. Mini asks Neil if he doesn’t love Isha, why is there a confusion about Isha’s comeback.

Mini tells Isha that Nayeem Bi wanted to give her a second chance, being generous to save her marriage. Mini decides to choose her love. She stands by Neil and declares that she will always be with him. She wants to encourage him for the custody battle for Kia. Neil is thankful to Mini for her support. Mini tells Isha that she won’t get any alimony now. She is sure that Neil will get his rights on Kia. Mini befriends Kia and surprises Neil.