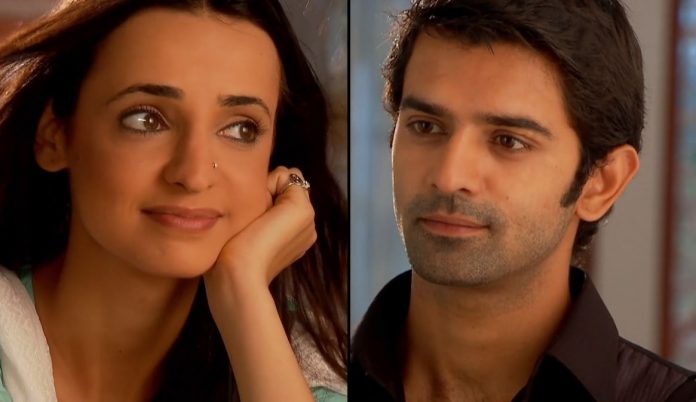 Starplus Arnav Khushi love strikes Iss Pyaar Ko Kya Naam Arnav challenges Khushi to make her sign the contract papers. He tells her that it won’t harm her and her mistakes will be forgiven. Khushi signs the papers. She is ready to challenge him. He tells her that the office will become hell for her. He promises to trouble her a lot. Khushi’s confidence begins to shatter. Akash develops a liking for Payal.

He goes after her to get a glimpse. Payal goes home. She makes sweets for Khushi. Bua doesn’t want Payal to spend money. She tells that Khushi is a lazy girl, she is useless. Payal doesn’t think so. She praises Khushi. She tells that Khushi has handled Shashi’s work so well. Khushi returns home with tears in her eyes. This worries Payal.

Payal enquires about the problem. Bua ji taunts on Khushi’s stained clothes. She asks if Khushi is working as a painter now. Khushi tells that paint fell over her because of her mistake. Lavanya tells Arnav that he is always right in his decisions. Arnav doesn’t want to explain anything to her. He doesn’t think he owes her any explanation. He doesn’t want to mix personal and professional lives. He leaves for home. Khushi worriedly eats the food. Payal asks her what’s the troubling matter. Khushi hugs her and breaks down.

Payal feels scared by her silence. Khushi tells her everything about ASR, the same man who had troubled her before. She tells that Arnav has made a tough contract with heavy compensation. Nani overhears Arnav talking to someone. She thinks he is speaking to his lover. She spies on him.

Manorama gets good alliances with Akash. He tells her that he isn’t ready for marriage yet. Manorama asks him to just go through the girls photos once. Akash thinks he has chosen the girl of his dreams, Payal. He wants to know Payal well. Nani is shocked to meet Ms. Kashyap, an elderly-aged woman.

Nani and Manorama don’t want Arnav to marry someone elder to him. Nani gets a huge misunderstanding, while the lady talks about business deal. Manorama also tries to get some information from the lady. Payal gets worried for Khushi’s safety. She asks Khushi why did she sign the contract, it will be tough for her to complete the work tenure. Khushi has no answers. Payal asks her how will she work if she knows nothing about her boss and office. Arnav gets affected by Khushi. He thinks about her.

Anjali asks him the matter. He doesn’t want to reveal anything. Khushi tells Payal that they will be living away once they get married. Payal is distressed. Khushi tells that they will be going back to Lucknow in some days. Payal is unsure about her marriage. Khushi tells her that marriage is really important for a girl. Anjali tells Arnav that Nani is spying on him. He tells her that he will tell Nani about his girlfriend, but he doesn’t want to get married. Anjali asks him if he isn’t willing to marry Lavanya.

Reviewed Rating for this particular episode Starplus Arnav Khushi love strikes Iss Pyaar Ko Kya Naam: 5/5
This rating is solely based on the opinion of the writer. You may post your take on the show in the comment section below.