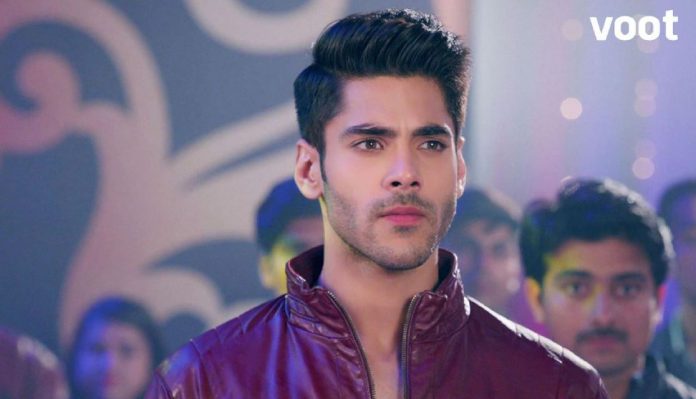 Colors Lockdown Special Shakti Heer daring twists Virat celebrates holi with Heer at her place in drunken state. The family confronts him about meeting Heer, not Jharna. Virat doesn’t want to answer them anything. Sant Baksh gets angered at Virat, who dares to celebrate holi with them. Dadu gets happy seeing Virat’s daring side.

Sant wants Daksh to keep an eye on Virat. He knows that Virat can do anything because of Heer. Sant welcomes Jharna and the family for the engagement. Jharna gets decked up for the engagement. Dadu asks Virat to accept his fate as its happening, or do something to stop it. Virat is sure that Heer is his fairy who will come and stop the engagement by some magic. He has faith on Heer, who really reaches there in disguise. Virat goes to get ready.

Heer arrives there to meet Parmeet. She changes her identity and becomes a wedding planner. She tells that she wants to meet the bride. Heer doesn’t let anyone doubt on her identity of Riya. Dadu gets to see her and identifies her. He hugs Heer and asks her to just rush. He thinks Virat was right about Heer, she is really a magical fairy, who can do anything for love. Heer meets Jharna and takes a step to reveal Virat and her love truth. She asks Jharna to not marry a wrong person Virat. She wants her to break the alliance.

Sant also gets enraged. He doesn’t want his Bahu to be shameless and dance in the parties. He thinks to reform Jharna as Gurinder. Heer continues to influence Jharna. Virat gets upset and recalls rejecting Heer’s proposal. He gets a big surprise when Heer reveals her truth in the engagement function. Heer asks them to stop the engagement. Jharna doesn’t think that Heer should interfere in their matters. Heer tells that its just a deal between their fathers. Jharna’s dad wants Jharna’s happiness first.

He falls in Heer’s words. Heer tells him that Virat is against the marriage, but he is forced by Sant. She reveals Sant’s greedy plans. She refuses to leave. She wants Virat to tell the truth as well. She encourages him. Virat recalls his promise to Sant. He is bound by his promise. She asks Virat to swear on his mom and admit the truth. Sant fears that Virat will burst up his feelings. Jharna’s dad wants to know the truth from Virat. Virat admits that the marriage is just a professional deal between the families, its actually Sant’s way to get a promotion in the police department.

Jharna’s dad calls off the alliance and insults Sant. Heer succeeds in breaking Virat’s engagement. Jharna feels she has lost Virat. She wants her revenge on Heer. She also thinks that Virat will love her ever. Sant rages at Heer who has ruined everything. He punishes Virat in anger. He blames Virat for insulting him in front of the society. Heer feels horrible seeing Virat in pain. Heer dares to stop a raged Sant. She asks Sant to punish her. Sant drags Heer to her home and calls Singhs to punish her.