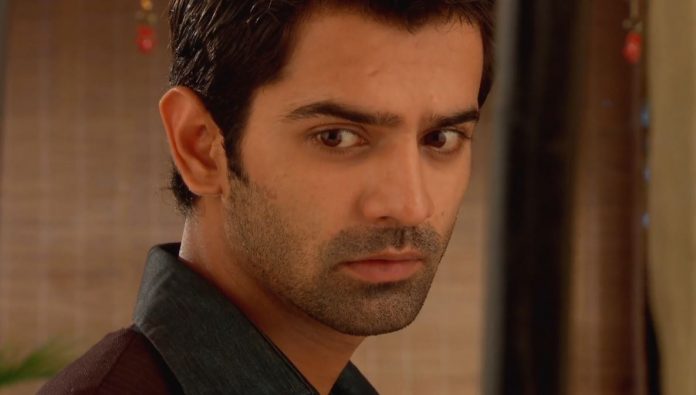 IPKKND on Starplus Arnav thinks of Khushi NEW Bua ji and Payal get worried when Khushi’s condition doesn’t get better. Shyam rushes to call a doctor for her. Arnav returns home in a bad mood. Nani and Anjali demand to know about his trip. They question him and turn him angry. Arnav doesn’t want to tell them anything.

Shyam tells that he won’t tolerate if anything happens to Khushi. Arnav thinks of Khushi. He feels much sorrowful. Shyam gets Khushi treated. Shyam does another favor on Khushi’s family. Nani asks Arnav to relax for a while. She shows her dominance in the family. She wants his betterment. Arnav knows that his family wishes his best, but he wants to decide for his life. He doesn’t want to talk about Khushi.

They wonder why did he name Khushi instead Lavanya. Anjali senses that he is hiding something about Khushi. Shyam likes Khushi and stays by her side. Khushi gets conscious, while dreaming of Arnav. She wants to know how she came back home. Shyam and Payal ask her about the incident that she got hurt. Bua ji is worried if Khushi had any head injury.

Khushi learns that Arnav had dropped her home. She recalls her bitter argument with Arnav. She tells them that she is feeling better now. She reveals that Arnav was much angry on her and sent her to the under construction site, she got trapped by the collapsing roof and got hurt. Bua ji wants to punish Arnav for his rude behavior. Shyam tells Khushi that she should quit the job and not risk her life. Khushi is in two minds. Nani tells Arnav that he is her responsibility now. Arnav doesn’t want to talk about the past.

Nani tells that past can’t be hidden, his parents have left them, love always costs a lot, love ruins lives. She wants Arnav to never fall in love. She wants to fix his marriage with some nice girl. Arnav tells Nani that love doesn’t matter to him, he doesn’t have any value for anyone else than family. He doesn’t trust any outsider. She tells him that he has chosen a wrong girl. She wants to stop him from committing a mistake.

She wants him to leave Lavanya. Arnav tells her that he will not leave Lavanya, he will not marry her, he will just be with Lavanya until he wants. He wants to live his life the way he likes to. He doesn’t believe in marriage. He continues to think about Khushi. He wants to stop his mind. Anjali finds him worried. She asks him to tell about his thoughts. He names Khushi again. He denies to be thinking about Khushi. She asks him what happened to Khushi.

She wants him to trust her. She takes care of Arnav. Shyam wants Bua ji to not worry for Khushi. Payal tells them that Khushi is better now. Khushi dreams of Arnav again. Bua ji shows her concern for Khushi and prays for her. Khushi gets stressed about Arnav. She goes to prepare jalebis. This shocks the family. Khushi decides to resume her job.

Reviewed Rating for this particular episode 29 IPKKND on Starplus Arnav thinks of Khushi NEW: 4/5
This rating is solely based on the opinion of the writer. You may post your take on the show in the comment section below.