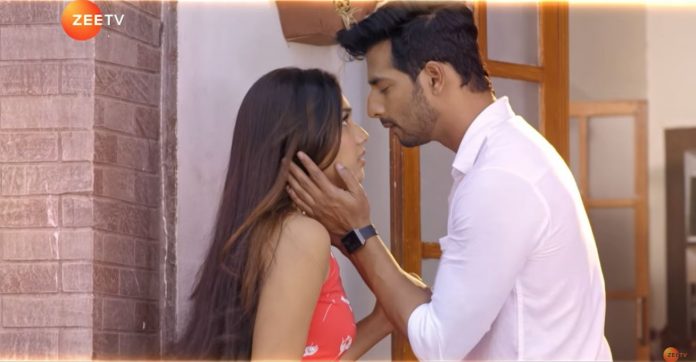 Tujhse Hai Raabta Anupriya becomes Sarthak’s target Kalyani wants to see where is Malhar, if he is with Mllika. Sharad informs Trilok about Divya’s lookalike Kalyani. He asks Trilok not to get stunned on seeing her. Trilok tells him that he will speak to him later. He thinks Kalyani will be shocked to see him in Sharad’s wedding. Malhar tries to solve the quarrel between his Kaka and Aao Saheb.

Priya tells Sharad that Kalyani and Malhar aren’t sharing the same room. He tells her that none should see them together. Kalyani tries to solve the fights between her aunt and Malhar’s aunt. Kaki tells her that she knows about Malhar and her relationship. Malhar gets tired of Kalyani’s suspicion. He then plays a love drama to irritate Kalyani more. He tells her that he is really with Mallika and romancing her. He flirts on the call and leaves Kalyani frustrated. Malhar gets troubled by Kaka’s complaints increasing about Aao Saheb.

He explains Kaka that they have to neglect few things for Sharad’s sake. Sarthak talks to Anupriya and confuses her further. He is happy that she has taken the medicine dose and losing her memory. The fights between the relatives get increasing. Anupriya tries to find a solution to keep everyone happy, but Aao Saheb gets rigid again. Aao Saheb doesn’t want any guests from outside during their quarantine stay in the hotel.

She tells them that just the guests staying in the hotel will be attending the wedding and no outsider will come. She also tells that they will not hire any caterer, but get the food prepared in the hotel itself. Anupriya then makes everyone agree for the Sangeet competition, so that the bride and groom’s families come together. Malhar further teases Kalyani and gives her the invite for the Sangeet competition. Kalyani preps up for the competition and doesn’t want Malhar to win. Malhar gets a huge shock on seeing Trilok’s picture in the guests list. He learns that Trilok has arrived in the hotel for Sharad’s marriage. He wants to keep Trilok away from Kalyani. What will Malhar do now? Keep reading.