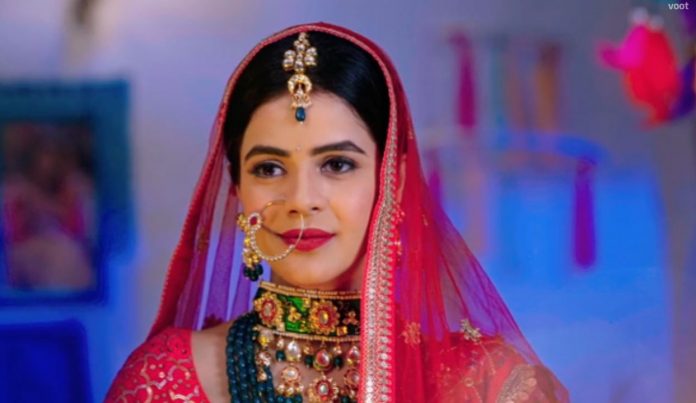 Shakti Latest 20th July Preview Virat declares to wed Heer Preeto reveals the shocking truth to Virat that Heer is a kinner. He gets shaken to know Heer’s reality. He refuses to believe Preeto and Harak, knowing that they wanted to stop his marriage. He tells them that they can’t fool him, he will surely marry Heer. He laughs out on the bad joke. He asks Preeto how could she make her granddaughter a kinner. He felt that his family didn’t care for him and Heer’s family is deal.

He thinks his family is better than Heer’s family, who has backstabbed her. He asks them to realize that Heer will be shattered to know their bad move to make her a kinner. He reprimands them for the cheap drama to break the marriage. He doesn’t want Saaya to tell anything. He feels pity for Heer, who loves them so much and trusts them blindly. Virat feels that Heer didn’t tell anything when Preeto used Soumya’s name, since Heer understands Preeto’s love. He asks if Preeto got their enemy’s daughter to take revenge by doing such a bad thing with her.

Harak tells him that Heer is his blood. Virat tells them that they are making Heer shed blood tears, they are really bad grandparents and don’t love Heer, they are cheating Heer, being her family. He asks the reason for their lie. Preeto tells that they aren’t lying to stop the marriage. Virat tells that he has promised Heer that he will bring the baraat and marry her. He makes the announcement that he will marry Heer. Saaya asks him to realize that Heer’s grandparents are saying the truth that Heer is a kinner. Virat doesn’t think she is saying true.

She tells him that a kinner’s life is worse than anything, even then they are calling Heer a kinner, knowing the society hates kinners. She tells that Heer is close to Nutan, but doesn’t have any other friend. Virat gets angry on her. Nutan meets Heer and wishes her all the best for the marriage. Saaya and Preeto try to convince Virat that the truth is Heer’s kinner identity. Preeto tells that he is perfect for any girl, but not Heer. Virat tells them that they are disgusting, Heer loves the kinners, since Soumya taught her so.

He thinks Harak and Preeto are selfish and didn’t want any distraction in her life. He speaks to Heer, who tells him that she has worn the bangles. He wants her to send her picture to him. Preeto begs him to not tell anything to Heer. Virat tells her that he has proved to people that he will never leave her, he is soon coming to marry her. Heer asks Mahi about Preeto and Harak. Mahi tells that they will soon come. Virat doesn’t want to hurt Heer’s feelings. He tells them that he has heard the truth from them and even then he will come to marry Heer. Preeto asks Harak to stop Virat and save Heer’s life from destruction.

Sant Baksh asks the family to be ready on time. Virat arrives home with an upset face. Gurinder wants to know what’s troubling him. Virat doesn’t reveal anything. Preeto and Harak get upset and return home. Heer tells them that she has kept a fast on her marriage day. She rushes to get ready in the bridal attire. Harak asks Preeto to not worry, Heer’s fate has this day written. Heer decks up as the bride. Preeto meets her and gets emotional. Heer tells her that Preeto is the best grandmum for her. She feels Preeto can’t get a granddaughter like her. Preeto makes her don the bridal chunri. She cries for Heer that the truth will soon strike Heer too. Heer awaits her groom Virat.

Reviewed Rating for this particular episode Shakti Latest 20th July Preview Virat declares to wed Heer: 4/5
This rating is solely based on the opinion of the writer. You may post your take on the show in the comment section below.