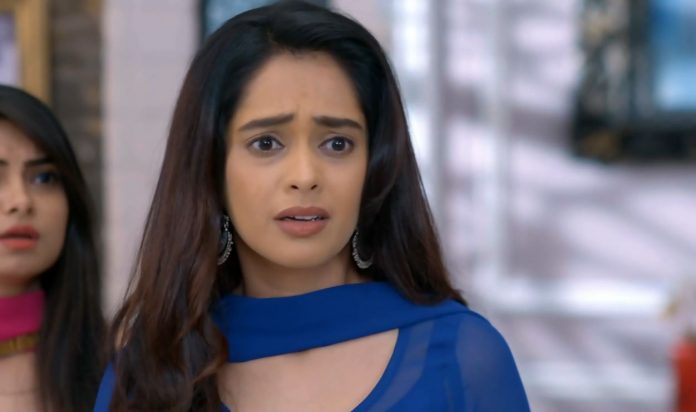 Kumkum Bhagya Upcoming twist 27th August Major shock for Prachi Prachi stays upset that Ranbir is in trouble because of her. She likes to work in Abhi’s company. She doesn’t want to worry because of Aaliya. She tells Shahana that she has to think for Ranbir, who has done so much for her sake. She doesn’t want to leave him alone when he is into big trouble. She realizes that Ranbir would be hurt.

Ranbir tells Aryan that he will confess love to Prachi and clear out his feelings, no matter she accepts his proposal or not. Prachi tells Shahana that she will ask Ranbir to meet her. She wants to apologize to him. She fails to connect to him because of Rhea. Rhea invites Ranbir for rock climbing. Ranbir refuses to take a break. Aryan asks Ranbir to talk to Prachi. Ranbir thinks of Prachi. He misses her dearly. Prachi also misses him. He tries to call her. Vikram informs Abhi that the investigator will soon contact them with the details. Ranbir tells Abhi that he wants to come along. Abhi gets the address of the robbers. He takes Ranbir, Aryan and Vikram along to meet the robbers. The robbers see them and try to run away. Ranbir catches them.

Reviewed Rating for this particular episode Kumkum Bhagya Upcoming twist Major shock for Prachi: 1/5
This rating is solely based on the opinion of the writer. You may post your take on the show in the comment section below.