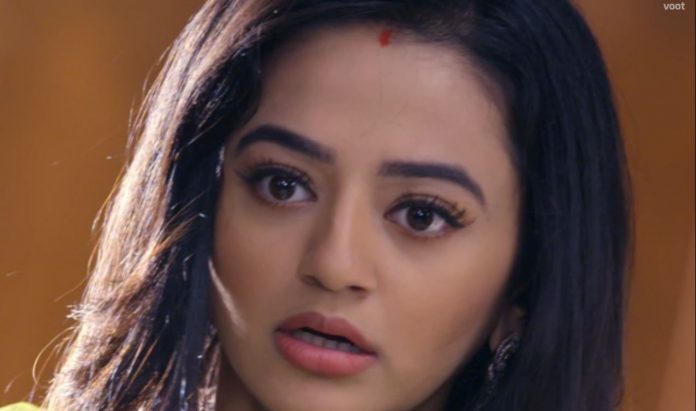 Ishq Mein Marjawa Latest Preview Mysterious entry Vansh breaks down in emotions. He tells Riddhima that she can’t blame him, he can never kill his mum. Riddhima questions him about his mum. Anupriya reaches there and finds them. Riddhima doesn’t deter and asks him if Anupriya isn’t his real mum. Vansh feels weak. His entire family comes there. Vansh tells that the statue is of his real mum Uma, the painting was her last sign. He wants to search for the painting.

He tells that Uma had given him birth and then cheated him, she has abandoned him and left him to leave his life alone. He wanted to forget Uma and tried a lot. Riddhima unknowingly makes his past wounds fresh. Vansh tells that one can never forget or harm a mother. Riddhima feels sorry seeing him. She apologizes to him. Vansh tells that she can never understand his feelings. He vents his anger on her. He calls her emotionless since she is an orphan.

She warns Riddhima that she has awakened his inner devil. Vansh fails to get the painting. His scream shocks the family. Dadi didn’t expect this from Riddhima. She accuses Riddhima for his pain and troubles. Anupriya asks Riddhima to see the outcome of her deeds. She is angry that Riddhima didn’t stay in her limits. She also accuses Riddhima and feels she never deserved Vansh. Riddhima apologizes to them. She tells that she doesn’t know about the painting. Vansh tells that he will punish her for the mistake.

He asks her to wait for the surprise, he will punish her once the Bappa aarti ends. He gives her an hour to find the painting if she wants to get saved. He tells that he will free her from their relation if she gets the painting. He declares that he will be ousting her from the house. He calls off their marriage.

Riddhima gets troubled. She wants to talk to Vansh. She finds Vansh in much sorrow and pain. She faces Vansh’s anger. She apologizes for hurting him. He doesn’t want to see more of her drama. He commands her to find the painting. He throws her out of the room. She feels she can’t separate him from his mum’s memories.

She wants to find out the person who had stolen the painting. She checks Aryan’s room for the painting. She accuses him for the theft. She thinks he is framing her to get her out of the house. Aryan defends himself. He tells that he isn’t so mean to snatch Vansh’s memories of his mum. She threatens to expose his truth to the family. He asks her to go ahead. He is sure that none will believe her. She thinks Aryan is innocent. She tries to find the painting. She wonders who is behind the robbery. A mysterious person keeps an eye on Riddhima. Riddhima comes across the person and questions his identity.

Reviewed Rating for this particular episode Ishq Mein Marjawa Latest Preview Mysterious entry: 2/5
This rating is solely based on the opinion of the writer. You may post your take on the show in the comment section below.