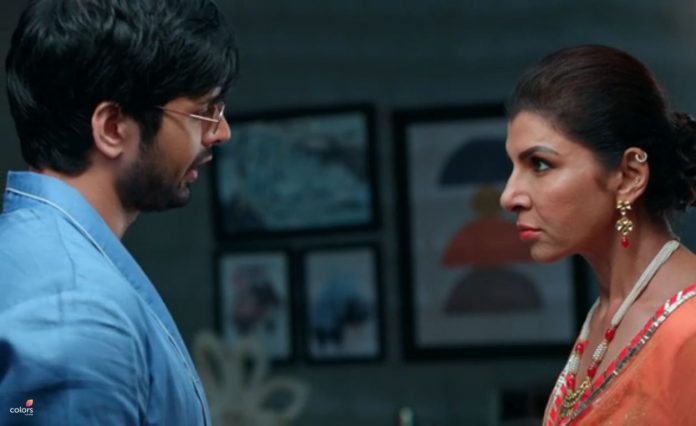 Choti Sardarni 2nd September Vikram triggers Kulwant Kulwant reaches Vikram’s house to return the food parcel sent by him. Vikram taunts her and welcomes her home. He asks her about the drama to get the food. Kulwant confronts him for fooling her with Manav’s name. She shows her true rage. She expresses her relation of enmity with Manav to him. Aditi gets the drugs, but doesn’t need it now. She changes her mind. She doesn’t want to harm Param, who loves and respects her.

She can’t break his trust. Param calls Aditi from Sarabjeet’s phone. He invites her for Haryali Teej, where brothers and sisters have a celebration. Param tells that all of his aunts are coming. He wants Aditi to be with him. Aditi tells that she won’t be able to come. Param asks Sarabjeet and Meher to request Aditi to come. Aditi doesn’t think they will forgive her. Meher asks Aditi to come home, since she is part of Sarabjeet’s family. She asks Aditi to fulfill a sister’s duty. Aditi doesn’t know how to face them after making a big mistake.

She doesn’t thinks she will be forgiven. Sarabjeet tells Aditi that she doesn’t need to apologize, she was helpless because of Vikram. Aditi tells him that she could have refused Vikram, but she had faith on Sarabjeet’s truth, she wanted Vikram to finish the enquiry and stop troubling him. Sarabjeet forgives her. He invites her home. Aditi agrees to grace the occasion. She finds them big-hearted to forgive her so soon.

Vikram asks Kulwant why is she scolding him. Kulwant scolds him for troubling Sarabjeet to take revenge. She tells that she knows he is Manav. He provokes her to make her admit the truth. He admits that he is Manav, who was missing since a year. He tells that he has come back to take revenge. He reminds her the backstabbing crime. Kulwant tells him that she remembers everything. She doesn’t confess her crime on seeing the CCTV camera in his house. She knows that he will frame her if she confesses the truth.

She asks Vikram why is he asking her if he knows everything. She lies that she had given him a big loan, but she can’t give him any money again. She tells that he was blackmailing her about Meher’s pictures, he shouldn’t trouble her once again. Vikram gets confused. Kulwant cooks up a story smartly. She tells that he had backstabbed Meher’s trust by trapping her in love. She asks him to forgive Meher and spare her life. Vikram fails to know anything.

Moreover, Harleen and Meher make the best decorations for the function. Harleen gets surprised seeing Meher’s creative ideas. Meher tells that she has made everything in advance. She tells Harleen that Sarabjeet is missing his sister Guddi. Sarabjeet wants to find Guddi. Harleen wishes him and hugs. He gifts her on the festive. She tells him that he is the expensive diamond for her, she doesn’t need any gift from him, but his promise that he will always stay happy. She doesn’t want him to hide anything from her.

Kulwant tells Bittu and Rana that she had seen Manav’s clever plan, Manav lost his memory or acting so, just to make them confess the crime. She fears that he can get his memory back and cause big trouble. Sarabjeet and Harleen wish that they find Guddi soon. She tells that she has started her search to find their sister. Vikram romances Aditi. He compliments her traditional look. She tells him that she is going to Sarabjeet’s house on his invitation. Vikram tells that Meher’s family would be coming as well.

He wants to meet Meher’s eldest brother Jagga. Aditi asks him not to accompany her, Sarabjeet would not forgive him. She doesn’t want Sarabjeet and her terms to get spoiled. He senses her old connection with Gill family. Meher misses Jagga. She calls him for a talk. Vikram asks Aditi to share her secrets. Aditi tells him that she has a social life, she is attached to Param and Meher. She wants to be true to them. She asks him not to come there to ruin the function. Vikram senses something fishy. He doesn’t deter and reaches the function.

Meher knows that he has come for his investigation. She stops him from entering the house. Vikram tells Meher that he is going to marry Aditi and holds rights on Aditi’s family. He turns Meher speechless. Meher and Sarabjeet celebrate with the entire family. Will Sarabjeet learn that Aditi is his sister Guddi? Keep reading.

Reviewed Rating for this particular episode Choti Sardarni 2nd September Vikram triggers Kulwant: 4/5
This rating is solely based on the opinion of the writer. You may post your take on the show in the comment section below.