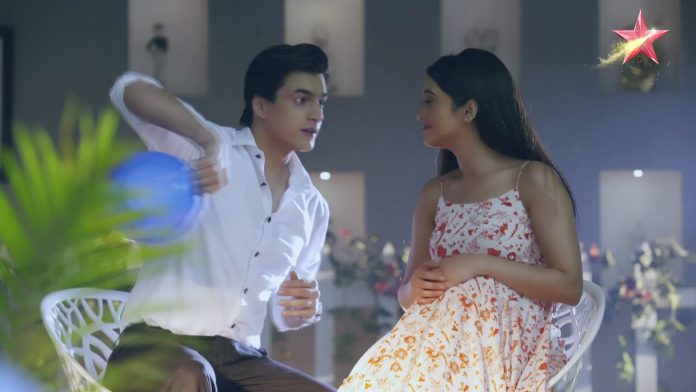 Yeh Rishta Kya Kehlata Hai New Leap Big twists for Kaira Goenkas surprise Chori with an amazing news that they will accept her in the family. They want to adopt Chori and give her happiness. Chori tells them that she loves them and really wants to be with them. She gets delighted to know that Kartik and Naira will be her foster parents. They ask Chori not to play any drama to hurt herself and stay back. They tell that she will not go to the orphanage now.

Chori thanks them and dances with joy. Dadi watches them accepting Chori. She feels Kartik and Naira aren’t sensible, they aren’t able to see the demerits of keeping the girl home. She wants to talk to them before they sign the adoption papers. Kartik and Naira ask Chori about her real name. Chori tells them that she doesn’t have any name and asks them to decide a good one for her. Kartik comes up with a suggestion. He wants to name her Krishna.

The family likes his choice. Chori also accepts the new name. Dadi finally intervenes and asks Kartik to think again about signing the form. She tells that Kairav will feel insecure and develop hatred for Chori, he won’t like to share his parents with an outsider. She tells them that they can’t keep any kid home as if their mansion is an orphanage. She gets bitter towards Chori. Kartik tells that the entire family wants Chori with them.

Dadi asks them to not let Kairav get against them. She reminds that Kairav was upset to see Chori cutting Naira’s birthday cake. Kartik tells Dadi that he will speak to Kairav and convince him to accept Chori as his elder sister. He is sure that the kids will become great friends. He convinces Dadi. Kartik and Naira get ahead with the adoption process. Sudha reaches them to pick Chori. She introduces Desai family who has come to adopt Chori.

She tells that Desais have completed the adoption process and will now take her home. Kartik and Naira express her wish to adopt Chori. Sudha tells that it can’t happen now. Desais ask them not to snatch Chori, since they have made every possible arrangements to welcome Chori at home. Kartik tells them that the girl’s happiness has to be ensured first. Sudha tells that she can’t help them now. Kartik and Naira are hurt that they will have to break Chori’s dreams.

Chori overhears them. She cries a lot. She runs to Kairav’s room and hides inside a trunk so that Sudha doesn’t take her. She doesn’t want to leave from Goenka mansion. Chori gets too worried when she gets locked inside the trunk. The entire family looks for her. They don’t get to hear her shouting. Kartik then finds Chori locked inside the trunk. He rescues her. Chori finds him a superhero and praises him.

Kartik tells Naira that they are helpless to send Chori, but they will always stay in touch with her. He promises Chori that he will help her every time she calls him. Naira cries that she got late in adopting Chori. Chori wants to live with them. Will Chori gain a place in their lives? The new twist of Naira’s pregnancy will be seen. A short leap will be introduced soon.

Reviewed Rating for this particular episode Yeh Rishta Kya Kehlata Hai New Leap Big twists for Kaira: 5/5 Interesting
This rating is solely based on the opinion of the writer. You may post your take on the show in the comment section below. 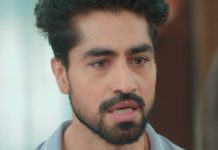