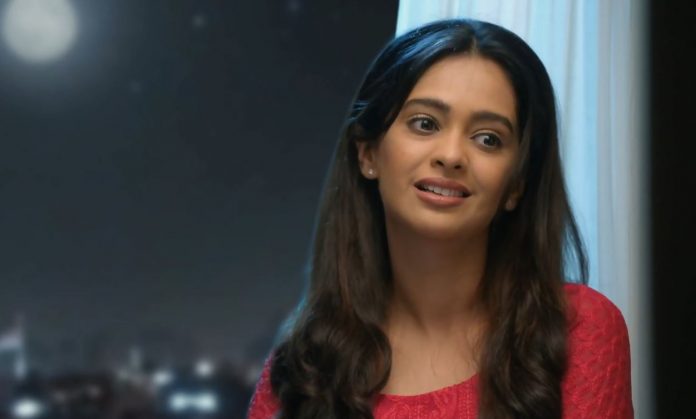 Kumkum Bhagya 25th September Prachi accident twist Ranbir gets expressing his feelings to Prachi. She thinks he is going to propose her. He just acts friendly. She tells him that she was thinking something else. He tells that she would be expecting his gratitude. He is thankful that she saved him from Maya. She has always been his friend and taught him friendship in real sense. He tells that she has risked her life for his sake.

He tells her that they should not be ignorant, if they both know what’s their feelings. He tells that their hearts have the same feelings. He wants her to understand their closeness and silence. They have a romantic moment. Prachi feels love for him. Abhi finds Rhea shattered because of Ranbir’s love. He promises Rhea that he will get Ranbir for her. He tells that just she will be marrying Ranbir. Aaliya gets glad to hear this.

She thinks Abhi is going to get Rhea’s happiness by upsetting Prachi. She knows Prachi is in love with Ranbir. Abhi consoles Rhea. She is much happy that he has promised her. She thanks Abhi heartily and hugs him. Prachi hides Ranbir under the bed when Shahana and Sarita come into the room. She tries to send them away. Shahana happens to see Ranbir. She asks him to come out. He requests her not to tell Sarita. He keeps hidden.

Shanana teases Prachi about him. Prachi also signs her to keep quiet. Prachi doesn’t want Sarita to see him and misunderstand their friendship. Sarita already knows about their relation. She wishes that they both confess love to each other and propose for marriage. She wishes they unite and Pragya’s tensions come to an end. Rhea promises Abhi that she will never cry again. Abhi asks her to have faith. He jokes that Ranbir didn’t marry Maya, since he is in Rhea’s fate. He tells that none can stop her marriage with Ranbir.

Aaliya gets kada for Rhea. Abhi asks her to just throw it on Rhea’s face to get her to senses. He assures that he will talk to Vikram once he is back. He doesn’t share the details with Aaliya. Abhi asks Rhea to spend time with Aaliya. He makes a leave. Rhea is too happy. She shares the good news with Aaliya. She tells that Abhi has promised her that Ranbir will be of her. Aaliya tells that Vikram will come late, if Ranbir proposes Prachi before, then Vikram won’t agree to Abhi’s request.

She asks Rhea to understand the problem. Rhea is fed up hearing the problems. Aaliya asks her to not accept defeat. Rhea wants to fight for her love. She tells that she will win Ranbir. Later, Pallavi informs Abhi about a big problem. She takes Abhi home. Abhi gets a big surprise to see his Dadi back. He can’t believe the surprise. He asks Dadi if she remembered him so late. He happily cries and hugs him. Dadi wants him to unite with Pragya. Ranbir awaits Prachi. He wants to shower red roses on her. He plans a romantic surprise for Prachi. Rhea plans Prachi’s accident. She hires someone to kill her.

Reviewed Rating for this particular episode Kumkum Bhagya 25th September Prachi accident twist: 2/5
This rating is solely based on the opinion of the writer. You may post your take on the show in the comment section below.