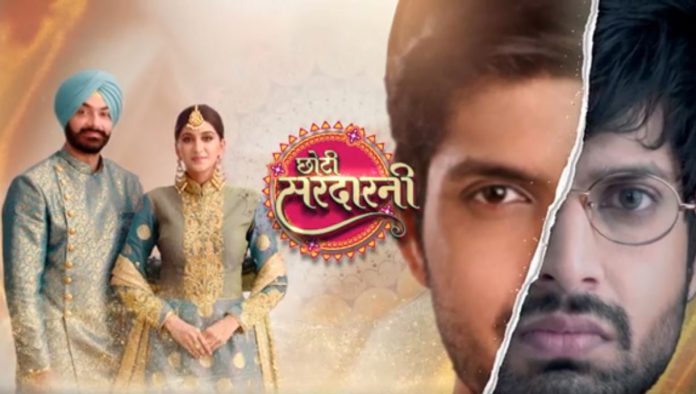 Choti Sardarni Shakti 26th September Upcoming Twists 26th September 2020 Robby tells Harleen that he has an idea to help her. He wants her to not feel burdened with duties. Kulwant and her sons spy on Surya and Manav. Kulwant tells that the matter looks really serious. She tries to guess the things by seeing Surya and Manav’s conversation. Her sons try to find a way to escape from the car, before the police comes. Manav stops Surya from pleading.

Bittu and Rana open the car door and rush out. Kulwant sees the police coming. They flee, but get caught by the police. Manav asks the police to arrest Kulwant and her sons, who have tried to kill him. He remembers Kulwant’s crime. He tells the police that their crime is murder. Inspector asks whom did they kill. Kulwant gets tensed when Manav stares at her. Vikram returns home with Surya. He gets restless when he hears Meher’s voice. Meher calls Aditi to enquire about his health. He speaks to Meher like before, leaving Sarabjeet and her shocked.

Jharna thinks if Heer has gone to meet Virat. She goes to check on Heer. She rushes to see Virat. Heer promises Virat that their friendship will never break. Heer tells that they will be friends even if they marry someone else. She wants him to get fine.

She knows he loves her. She cries on their fate that they got separated. Jharna gets angry to see them together. Heer is asked to take a decision. Jharna supports Heer and Virat’s love story. She asks Heer to accept Virat’s proposal. She makes the video call to Heer. Preeto witnesses Jharna’s madness, when Jharna tries to die if she sees Virat in more sorrow. Preeto asks Heer to listen to Jharna.

Later, Heer gets to meet Virat, who is madly in love with her and reaches her home to convince her. She doesn’t listen to him. Jharna compels her to accept his love and threatens of committing suicide. She moves away from Virat and Heer’s lives. She makes Heer accept her love. Heer finally accepts Virat’s proposal. She tells that she will marry Virat. Their new life will begin.