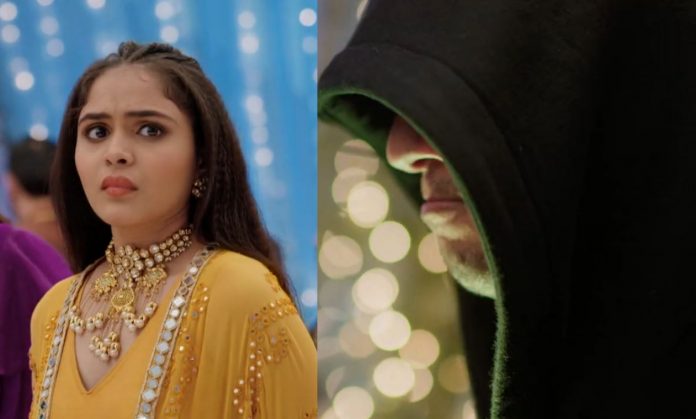 Anupama 29th September Written Update Pakhi in trouble Paritosh and Kinjal’s engagement happens after facing much difficulty. They get blessings from both the families. There are many twists in the engagement function. Vanraj wants the family to get ready on time, they have to be punctual. He tells that Dolly and Sanjay have already reached the venue. Baa is excited for her pictures.

Meanwhile, Kavya is decked up for Vanraj. She wants him to notice her and compliment her. Vanraj doesn’t pay much attention to her. She feels terrible again. She doesn’t want him to just show his loyalty towards Anupama. She knows he loves her and wants him to express it. She decides to take Anupama’s life in such a way that he never takes Anupama’s name ever. She is determined to snatch him from Vanraj.

Anupama is done with arrangements and is ready to leave. She asks Vanraj about her look. Vanraj and Anupama compliment each other. Paritosh looks handsome and gets their wishes. Anupama doesn’t want him to catch any evil sight. She asks Paritosh to take blessings. Pakhi is stressed about her classmate. Anupama asks her not to worry. She assures that she will always be with her. She instructs Jhilmil to stick to Pakhi. She misses Paritosh’s Sherwani packet. She locks the house. The family makes a leave.

Anupama does a blunder again. Nandini takes lift from Samar. Samar is happy that she has taken his help. He takes her to the venue. He likes to spend more time with her. Baa jokes on Rakhi, who thinks she is some queen. The family shares a laugh. Anupama and Kavya face the same difficulty. They stumble and get support from Kavya. Rakhi taunts Vanraj for handling two women at the same time. She tells that not every man can do this multitasking. Vanraj asks her why is she so late.

Rakhi tells him that Pramod will pick Kinjal from the beauty parlour and bring her soon. Pramod reaches them and reveals that Kinjal left a letter for Paritosh and ran away. Paritosh is much shocked. He wants to know where is she. Pramod and Rakhi pull a prank on them. Paritosh tells that Kinjal is just fooling around. Shah family doesn’t like the prank. Kinjal meets them and laughs on their reaction. She tells that she planned this prank for Paritosh. Vanraj is angry on Kinjal.

Anupama calms him down. She tells him that they should not get angry. She wants him to focus on the function. Anupama and Vanraj also get relaxed. They tell that they were also pulling a prank. They show their understanding and chemistry. Rakhi praises them for having such a good timing. Vanraj tells that he is married to Anupama since 25 years and understands her well. Anupama tells that they don’t need words to communicate. Kavya feels bad.

Rakhi further insults them by calling the community hall a small place for the function. She tells that if she didn’t know about Anupama’s mother before, she would have assumed her as some maid. Anupama feels bad. Baa supports Anupama’s mother. She makes fun of Rakhi to answer her. The engagement function goes on well. Rakhi wants to spoil the happy moment. Samar and Nandini make announcements for the dance performance.

The dance performances make the celebrations get high. Pakhi stays away. Vanraj asks Pakhi about the problem. Pakhi doesn’t tell anything. She asks Anupama to keep her secret. Paritosh and Kinjal exchange rings. Anupama learns about a guy coming to trouble Pakhi. She decides to protect her daughter. How will Anupama fulfill the promise? Keep reading.

Reviewed Rating for this particular episode Anupama 29th September Written Update Pakhi in trouble: 5/5
This rating is solely based on the opinion of the writer. You may post your take on the show in the comment section below.