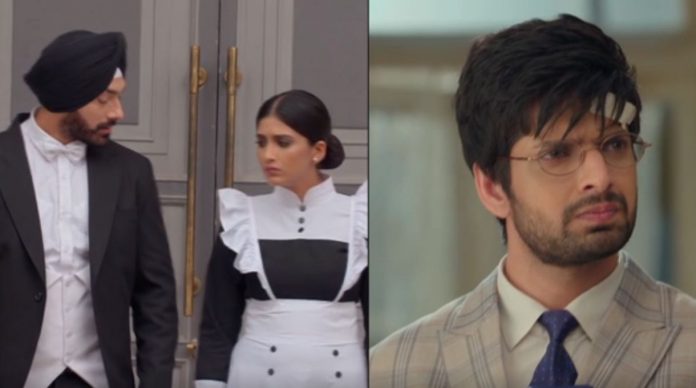 Choti Sardarni 29th September Update Coming twists Meher and Sarabjeet learn that Harleen has sent Karan to Amrita. Harleen lies to them that Amrita had taken Karan with her by insisting a lot. She tells that she isn’t well. Param wants Karan back. Harleen asks him to go and study. She asks Meher if she is fine. She asks about the court case. Sarabjeet tells Harleen that they had appeared in the court, they are trying to get the court decision in their favor.

Meher wants Harleen to pray for them. On the other hand, Manav goes mad thinking of Meher. He is indebted to Surya. Surya tells Manav about his son Vikram, who survived after much difficulty. He tells that he had kept his son away from Seema for many years by following a pandit’s advice. He reveals that he had raised Vikram away from the family to keep him safe, Vikram was returning home after 25 years, while Seema was awaiting her only son.

Surya tells him that Seema was devastated to know that Vikram met with an accident. He had no way to take Manav as Vikram to Seema, after losing his real son Vikram. Manav can’t handle this truth. He runs on the treadmill and ends up bleeding his wounds. Aditi takes care of him. Mamav wants her to not worry for her. Aditi tells him about Seema’s prayers for him. He wants to stop Seema from hurting herself. Aditi finds him getting distanced from her. She wants to know the reason behind his changed behavior.

Moreover, Meher reminds Sarabjeet that Martha is a tough task to tackle. She tells that it won’t be easy for them to convince Martha. Sarabjeet finds a way on seeing the helpers vacancy board outside the house. Manav takes care of Seema and showers love on her. Seema tells him that nothing is important for her than his life. She can’t lose her another son. Manav gets a family in Surya and Seema’s house. He knows that Surya has lost Vikram forever and can never get him in front of Seema. He understands that Surya is helpless to lie to Seema.

Surya tells that he had found Manav at the river bank when he went to immerse Vikram’s ashes, he knew Manav had lost his memory and got him home as Vikram. He requests Manav not to tell his real identity to Seema, since the truth will kill her. He asks Manav to respect his mother’s love, which is unconditional and true. Manav promises Surya that he won’t tell the bitter truth to Seema. Manav is grateful to Surya for giving him a new life. He feels he was an orphan, but got a family in his savior Surya. He is ready to sacrifice his identity for the sake of Seema’s love. Manav keeps Seema happy. Aditi likes their bonding. Furthermore, Param speaks to Yuvi on the video call. He wants to see Karan. Yuvi tells that Karan is crying a lot. Param secretly talks to Karan. He tells that he will come to meet Karan and feed him the milk. Yuvi gives his address. He asks Param to come soon. Later, Manav and Aditi visit Sarabjeet’s house for the Pagphere ritual. They get welcomed by Harleen and Robby. Param hides from them, while making a way out of the house to meet Karan.

Manav continues to enquire about Meher. Harleen tells him that Sarabjeet and Meher went out for a few days. Harleen finds Vikram investigating again. Manav asks Harleen if Sarabjeet didn’t tell anything before going. Aditi asks him to stop investigating and enjoy the family time. Sarabjeet and Meher take the disguise of helpers when they meet Martha and approach her for a job. They aim to melt Martha’s heart and change her decision. Param tries to reach Karan. He fails to get the lift. Manav finds out from his sources.

He learns that Meher and Sarabjeet have gone to Serbia. Martha shouts on Meher and Sarabjeet to send them away from her house. Sarabjeet doesn’t want Meher to break down. Manav wants to reach Meher and help her. Param and Karan get suffering without their parents. Param gets kidnapped by a fraud couple. Martha loses her cool on finding Meher and Sarabjeet sneaking inside the house. She tells them that she is the owner of the house and will make all decisions.

Sarabjeet politely apologizes to her. Meher feels bad to watch him folding hands in front of Martha. Martha asks them to accept her rules if they want to work in her house. Meher shockingly refuses to her. She takes a stand for Sarabjeet’s esteem. Will Meher be able to change Martha’s decision? Keep reading.

Reviewed Rating for this particular episode Choti Sardarni 29th September Update Coming twists: 5/5
This rating is solely based on the opinion of the writer. You may post your take on the show in the comment section below.