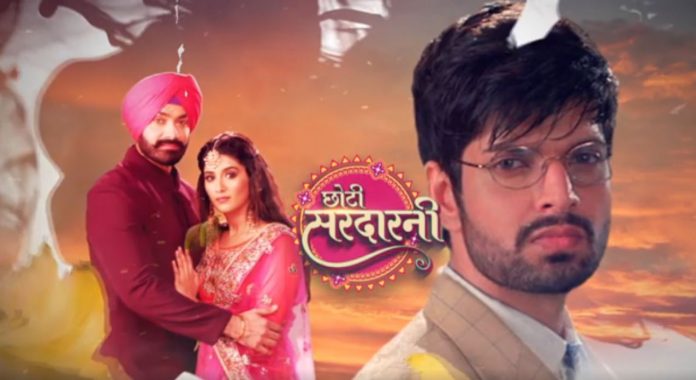 Choti Sardarni 27th October 2020 Written Update Manav loses Surya Manav questions Surya about his move to kill Sarabjeet. Sarabjeet reveals that Surya wanted to kill Meher. He had come in between to save Meher. Manav is shocked to know it. He doesn’t understand anything. Surya apologizes to Vikram. He asks him to keep the truth away from Seema. He commits suicide by jumping down the window. Meher and Manav run to Surya, while Sarabjeet gets the doctor’s help. Manav shouts for help for his dad. He can’t see his dad dying. He turns helpless.

He wants to know why did Surya take such a step to hurt Meher and Sarabjeet. Surya couldn’t see Vikram in pain. He was troubled seeing Vikram’s love for Meher, whom he lost to Sarabjeet. He was hurt that Meher cheated Vikram. He wanted to kill Meher so that Vikram moves on with Aditi. He reveals his motive to Vikram in his final breath. Manav tells that he loves him a lot. Surya tells that he couldn’t see his son in pain. Manav asks Surya to stay strong. Surya apologizes to him and wants him to always look after Seema. He breathes his last.

Manav is very much shocked by his death. He feels everything for finished with Surya’s death. He is indebted to Surya who gave him a family, new identity and a new life. He didn’t wish to lose Surya. He cries for Surya. Meher consoles Manav when the latter breaks down. He shouts on his guards who didn’t come in time to save his dad. Amrita asks Meher how did Surya die.

Manav lies to them that Surya came to see Sarabjeet, he slipped and fell down the window. He wants Meher to lie to them. Amrita asks about the attacker. Doctor checks Surya and declares him dead. Meher wants Manav to handle himself, since she has to go and check on Sarabjeet.

Moreover, Manav goes mad on losing Surya. Amrita stays with him. Aditi checks Seema and finds her BP normal. She tells that Surya was panicking for her state. Seema tells her that Surya worries for her a lot, he has gone to the hospital to see Sarabjeet. She asks the matter. Aditi is worried to know the reason for Surya’s leaving. Seema gets a surprise for Aditi. Doctor informs Meher that Sarabjeet is better, but he needs much care.

He asks her not to give any shocking news to Sarabjeet, else he may get a heart attack. He advises her to keep Sarabjeet happy. Meher meets Sarabjeet and gives the news of Surya’s demise. Sarabjeet cries for Surya. He prays for Surya’s soul peace. He doesn’t know why Surya wanted to kill Meher. Meher can’t tell him the shocking truth that Vikram is Manav.

Meher feels sorry that she can’t tell the truth to Sarabjeet. She tells him that she will not lose courage and fight with the testing times. She asks him to get fine and return home for the sake of children. She admits that she can’t live without him. He asks her how much she loves him.

She expresses her love on his insistence. He promises to get fine soon and return home. Aditi is surprised when Seema gives her the Sargi for Karwachauth. She wants Aditi to keep the fast for Vikram. She is excited for her fast for Surya. Aditi likes Seema’s love for Surya. Seema tells that Surya is his life. She prays for his long life. She makes many plans. She praises her love bonding with Surya. Manav arrives home to break the shocking news. He breaks down seeing Seema’s smiling face filled with dreams and hopes. Aditi enquires about Sarabjeet. She asks about the attacker. Seema asks her son about Surya. Manav hugs Seema and cries a lot. She worries on seeing him broken down. She asks the reason for his tears.

Reviewed Rating for this particular episode Choti Sardarni 27th October 2020 Written Update Manav loses Surya:5/5
This rating is solely based on the opinion of the writer. You may post your own take on the show in the comment section below.

Watch the full episode on our channel here. Rate the show’s update to keep reading it.