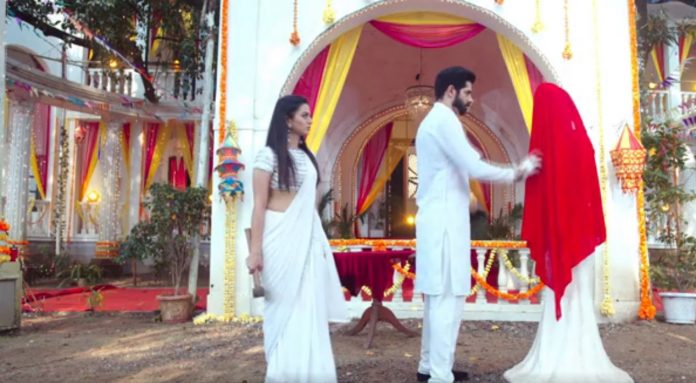 Ishq Mein Marjawan 27th October 2020 Colors Top 4 Spoilers Choti Sardarni: Surya comes up with an apology. He presents his last wish that his mistake shouldn’t be known to Seema. He asks Manav to forgive him and take care of Seema. He attempts suicide by jumping down the window from the 6th floor. Meher and Manav are shocked to see the suicidal move. Sarabjeet too tries to stop Surya, but fails. He worries for Vikram’s sorrow.

Vansh gets too unpredictable for Riddhima. She can’t believe him doing Ragini’s Shraddh. She wants to know why is he performing the post-death rituals when Ragini is very much alive. Vansh wants Riddhima to take it as his life’s ugly chapter’s closure. He doesn’t want the dead people to come between his marriage. He tells that he has to break his ties with the dead people to show his care for the people alive.

He tells that she will have to help him in getting rid of the past. He asks her to make a start by breaking Ragini’s statue, which will make him end his ties with his past. He shows his intention of keeping his marriage with Riddhima. He makes Riddhima hammer Ragini’s statue and shatter it into pieces.

Pinjara: Mayura gets locked up after Omkar gets more crazy. He tells her that he is sorry for what he is going to do. He cages Mayura. He tells her that she has forced him to do it. He didn’t wish her to run away from the house. He tells her that she is like a beautiful bird, who looks good when she is caged. Piyush is shocked to see Omkar’s behavior, but doesn’t utter a word, since Omkar has already taken his promise that he won’t come between Omkar and Mayura’s relation. Mayura is shocked to see Omkar’s madness. She expects Piyush to help her out. Omkar wears the cage keys in his neck. He tells that none would be able to help Mayura this time.

Shakti:
Heer will be facing the biggest truth of her life. She gets married to Virat. Her in-laws are unaware of her truth. Saaya barges into the marriage to reveal that Heer is a kinner. She tries to stop the marriage. Parmeet can’t accept a kinner Bahu. She is seen burning Heer to kill her to punish her for the cheat. Will Heer suffer again? Keep reading.