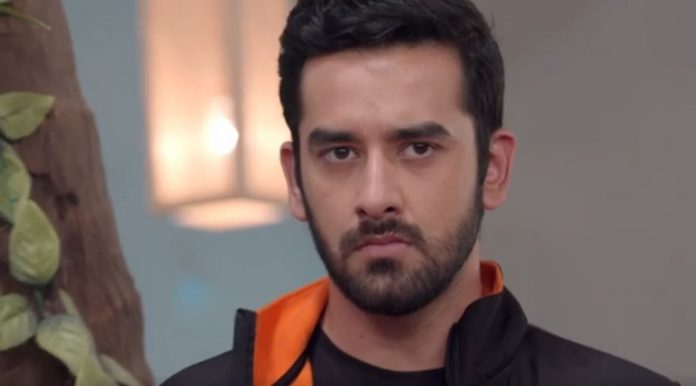 Ishq Mein Marjawan Written Update 7th December 2020 Kabir sabotages Vihaan by putting him into a big test. He faces Vihaan in the basketball match. They both are strong-headed to win the game. Their face-off makes Dadi the most worried person when Vihaan gets hurt during the game. Dadi tells that Vansh has returned recently, he doesn’t need to play the game until he gets totally fine. Even Riddhima is tensed that Vihaan will be caught if Kabir makes the game tougher for him.

Kabir eventually makes the game tougher by injuring Vihaan. He knows that Vansh was truly a master of the game, but Vihaan isn’t. He tells Aryan that he will be exposing Vihaan right away. Rudra becomes the referee while Aryan and Angre join Kabir and Vihaan’s teams. Angre also wants to know about Vihaan’s identity. He suspects that Vihaan isn’t Vansh, because of his attitude towards Riddhima. Riddhima fears that her battle with Kabir will come to an end. Everything depends on the game. Kabir plans to prove that Vihaan is just an imposter, who has impersonates Vansh Rai Singhania just for the sake of property.

He wants to use the lawyer’s visit against Vihaan. Vihaan’s true identity doesn’t get revealed in front of the family, since he proves to be equal to Vansh in all terms. Vihaan surprises Riddhima, Kabir and everyone else by playing the superb moves likes Vansh. Vihaan later admits to Riddhima that he is Vansh. The truth strikes her sharply. Will she believe him or the truth lies undercover for more time? Keep reading.

Riddhima asks Vihaan why did he accept the challenge. She reminds him that he isn’t Vansh. She tells that he could have easily made any excuse. She is tensed that the family will easily find out if he makes a mistake. She asks him to choose her in the team so that she manages the game. He agrees. Kabir tells Riddhima that she can’t manage everything. He threatens to bring out the truth. Aryan knows that Vihaan has won the toss, but he lies that Kabir has won the toss. He lets Kabir choose the team first.

Kabir takes Riddhima in his team. Vihaan knew that Kabir will make this move. He tells that he doesn’t mind. He gets Rudra and Angre on his side. Riddhima and Aryan join Kabir. Vihaan set the game rules. Anupriya is glad that Vihaan’s truth will be out. Angre asks Ishani to notice Vihaan’s every move so that his truth comes out. Vihaan loses in the start. Kabir and Riddhima become a strong team. Riddhima hints Vihaan to get the basketball from her and win. Vihaan ignores her help. She thinks he is really foolish.

Moreover, Kabir asks Vihaan to accept defeat, but Vihaan doesn’t lose. He begins to basket and make scores. Kabir gets tired watching Vihaan playing so smooth. Vihaan’s score gets high. He decides to eliminate Kabir from the game when he wins. Kabir and Aryan leave the game. Riddhima plays from Kabir’s team. She wants Vihaan to win, but gives him a good challenge. Kabir plays his evil move. Riddhima thinks of Vansh while playing with Vihaan. She explains her heart not to get tricked by Vihaan’s face. She doesn’t want to fall for him. Vihaan doesn’t want to get distracted by her.

Aryan tells Kabir that Vansh is for real, he had the same style of playing. Kabir asks Aryan to recollect anything unique about Vansh that can help them. Aryan tells him that Vansh could play with both his hands. Kabir makes Vihaan fall down purposely to put him into test. He wants to see how Vihaan manages now. Vihaan and Riddhima realize Kabir’s wicked plan. Vihaan feels challenged by Kabir. Dadi asks them to stop the game. Vihaan doesn’t want to leave the game.

Riddhima knows that its impossible for Vihaan to play with his left hand, when is right hand is hurt. Kabir fails once again when Vihaan proves to everyone that he is Vansh. He wins the game. Ishani and Angre also start believing that Vihaan is Vansh. Riddhima takes care of Vihaan’s fracture. He tricks her and later reveals that he isn’t hurt at all. She asks him not to play silly games with her. She questions him about playing basketball so well and mastering the art.

She wants to know from Vihaan how did he handle Kabir’s challenge. Vihaan tells her that he is Vansh, they have lived the moment before as well. He admits that he is her husband Vansh, which sweeps her off the ground. Riddhima believes him and cries with joy. Vihaan pulls a prank on her. He tells her that he was just fooling her to see if her emotions for Vansh are true. He reveals that he got to know about Vansh’s life and family before stepping inside the house.

He asks her to value his hardwork, since he is the best in his job. Riddhima warns him against playing such pranks again. He tells her that he has won Angre’s trust as well. She tells that its difficult to convince Kabir. She wants him to stay prepared to face Kabir’s new challenge. He tells her about Kabir’s cheap games. Kabir keeps a watch on them. She asks Vihaan not to make a single mistake.

Reviewed Rating for this particular episode Ishq Mein Marjawan Written Update 7th December 2020: 5/5 This rating is solely based on the opinion of the writer. You may post your own take on the show in the comment section below.