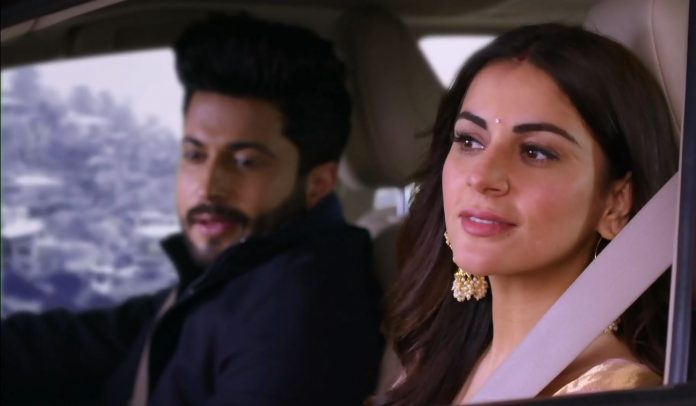 Kundali Bhagya 17th December 2020 Written Update Preeran at best Karan and Preeta rush to leave for the honeymoon. He wants to stay warm. He changes his clothes and gets into a cool avatar. He tells that he has emptied one of his bag to reduce his language. Karan has packed excess luggage. He tells that he will listen to Preeta and drop more of his bags. Preeta likes his way. Shrishti teases them that they will be going for the family planning. She tells that they should just go soon and return with a good news. Preeta likes Shrishti’s jokes. Karan and Shrishti team up. They call Preeta a problem. Karan asks Girish to take care of the family. Girish tells that he will take care of Mahira as well.

Janki blesses Preeta to come back with a good news. She wants Karan and Preeta to get blessed with a baby soon. They get embarrassed. They leave from the house and have a fun banter on the way. Janki asks Shrishti to accompany her. Shrishti tells that she will be coming soon. Shrishti and Sameer spend some time together. They are happy for Karan and Preeta. Karan thinks of Janki’s blessing. Even Preeta is thinking the same. Preeta tells that she will sleep on the couch to feel comfortable. Karan understands her hint.

Karan accepts Preeta’s request to stay away until they both are ready to move on. He tells that she has to be comfortable with him. She tells that they have to know each other before getting close. He tells that he will not romance her against her consent. He tells that once they are ready, then they can plan their honeymoon. Shrishti tells Sameer that they are just good friends. She makes him jealous telling that Pawan was flirting with her, he was much daring. She praises Pawan’s dare. She wants Sameer to show his dare and confess love to her. Sameer tells Shrishti that he is also daring to stand with her.

Mahira prepares to disrupt Karan and Preeta’s honeymoon. Sherlyn asks Mahira what is she doing. She asks Mahira to keep her trip a secret. Mahira is scared as Kareena is supporting her. Sherlyn tells that they have to keep it a secret, else even Kareena can’t help them. She asks Mahira to hide the matter from Sameer, else he will tell everything to his lover Shrishti. Mahira tells Sherlyn that they are like sisters.

Sherlyn asks her not to get sentimental, since they are not role model sisters, they are just crime partners. She tells that she can make Rishabh her lover, but she isn’t interested, since she loves someone else. She tells that she would be marrying her lover soon. Mahira tells that Preeta won’t be in Karan’s life when she replaces Preeta in Karan’s life. She wants to get Karan back from Preeta. Karan and Preeta enjoy their trip. They want to be together. They also have their wonderful memories sparking bright in their eyes from the windows of the heart.

Karan sings a romantic song for Preeta and teases her. She knows that he is just teasing her. He tells her that he has kept a lip balm for himself, since they are going on honeymoon. He tells that if she asks for a kiss, then he should be prepared to kiss her. He jokes that he wanted to soften his lips for her sake. Preeta tells that she doesn’t like cheap jokes.

Reviewed Rating for this particular episode Kundali Bhagya 17th December 2020 Written Update : 5/5 This rating is solely based on the opinion of the writer. You may post your own take on the show in the comment section below.