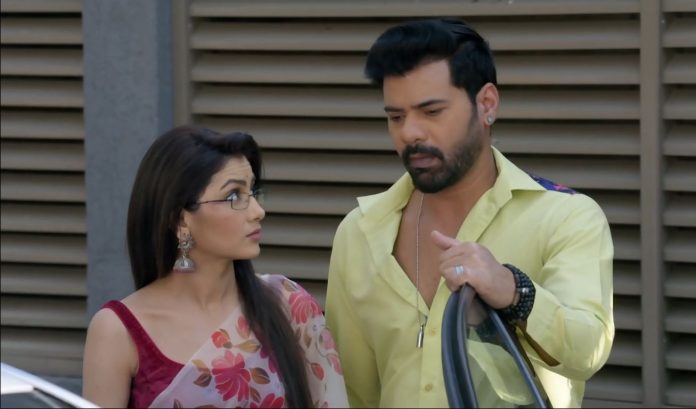 Kumkum Bhagya 6th January 2021 Written Update Abhi Pragya finale Prachi tells Shahana that Abhi loves Pragya, but is helpless to marry Meera because of Rhea. She tells that she has seen Pragya’s tears, she wants Pragya to be happy, Pragya deserves her happiness. She tells how Rhea has promised to give Pragya her happiness and rights on Abhi. Rhea had asked Prachi to sacrifice her love. Prachi tells that her love doesn’t matter in front of Pragya’s love and happiness. She doesn’t want anything to come between her mother’s happiness.

Shahana finds Prachi broken down. She consoles Prachi. Ranbir loses his mind that Prachi has ditched him. Aryan tells Ranbir that Prachi doesn’t value money. He asks Ranbir to follow his heart. Aryan tells Ranbir that he wants to support his love. He can’t hear anything against Ranbir and Prachi’s love even from Ranbir. He can’t see Ranbir losing himself in anger. Aryan and Ranbir get into a fight and vent their anger out. Aryan wants Ranbir to talk to him.

Abhi and Pragya revive their memories when they see the chaat stall. Abhi tries to make Pragya jealous. He tells that he has changed with time. Meera feels like an odd person between them. She excuses herself. Abhi and Pragya enjoy their spicy chaat. Abhi cares for Pragya. Pragya doesn’t let Meera get close to Abhi. Abhi senses Pragya’s jealousy and feels happy. He knows Pragya can never tolerate anyone with him. Sarita tells Baljeet that she hopes Pragya is with Abhi. Pragya doesn’t want to listen to Abhi.

Sarita calls Pragya to know if she is okay. Pragya tells that she is with a trouble maker. Sarita and Baljeet are glad to hear Abhi’s voice on the call. They get excited to know that Abhi and Pragya are together. Sarita and Baljeet handle the matter. They dance happily that Abhi and Pragya are spending time together. Abhi wants to be with Pragya. She asks him to change his habits. He tells her that he won’t change his habits. He offers her help.

Meera shows her understanding when she sees Abhi offering the front seat to Pragya. She feels that they are still into each other, they aren’t even noticing her presence. Prachi cries on losing her love. She meets Rhea. She tells Rhea that she has done her work, she has broken Ranbir’s heart and got rid of her. Rhea feels delighted to know that Prachi has finally left Ranbir. Prachi wants Pragya’s happiness. She tells Rhea that she told Ranbir that she doesn’t want love, but money. Rhea can’t believe it. Prachi congratulates her.

She tells that Ranbir will soon come to Rhea’s side. Rhea gets emotional and hugs Prachi, acknowledging her as a sister. Prachi tells that she has broken her relation just to unite her parents. She hopes Rhea had convinced Abhi. Rhea worriedly lies to her that she will convince Abhi. Prachi wants her to focus on the big task. Rhea thought Abhi will listen to her. She wants to do something big to convince him. Abhi and Pragya shed tears on hearing an emotional song on the FM. Their good and bad memories flash in front of their eyes.

Reviewed Rating for this particular episode Kumkum Bhagya 6th January 2021 Written Update Abhi Pragya finale:3/5 This rating is solely based on the opinion of the writer. You may post your own take on the show in the comment section below.