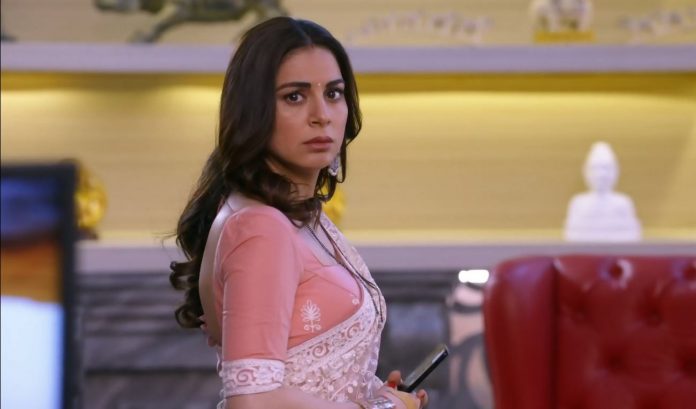 Kundali Bhagya 6th January 2021 Written Update New mystery Akshay reaches the same mall and calls his lover. He wants to meet her, unaware that Kritika is also there. After some time, he sights Kritika and Preeta shopping for the wedding. He hides from Kritika since he has lied to her about his important conference. Kritika goes to try an outfit. He doesn’t want Kritika to see her. Kritika feels she has seen Akshay around. He hides from Kritika, but fails to hide from Preeta. Preeta is surprised to see him. He runs away from Preeta.

She thinks Akshay has come to surprise Kritika. She doesn’t want to tell anything to Kritika. Akshay thinks Preeta will catch him. He gets into another trouble when he collides with Shrishti. Shrishti tells Preeta that she has come for shopping. Akshay tries to save himself. He buys a dress for his girlfriend. Preeta finds him hugging a girl. She ponders over their relationship. Shrishti meets Kritika and congratulates her.

She asks about the bachelorette party. She goes to select an outfit for Kritika. Kritika wishes Akshay was there. Akshay asks Ruchika not to hold his hand in public. He tells her that Preeta had seen him inside the mall. He realizes that Preeta is following him. He asks Ruchika to go away and meet him after some time.

Preeta wants to know why is Akshay behaving weird and hiding from her. She catches his lie. She doesn’t want the marriage to happen if Akshay is a wrong guy for Kritika. Akshay gifts the dress to Ruchika. She is grateful to him. Preeta finds him entering a hotel. She hopes Akshay isn’t a fraud. He tells that Kritika hasn’t seen him, he will lie to her and fool her. Preeta asks the manager for Akshay. Manager refuses to help her. She tells that she wants to meet Akshay. She realizes that the hotel isn’t a decent one.

Akshay tells Ruchika that he wanted to do a lot for her, but his falling business is a trouble. Preeta spots Akshay once again with the same girl, Ruchika. Ruchika understands him. Preeta wants to confront Ruchika when Akshay goes away. Akshay finds Preeta still outside the hotel. He doesn’t want Ruchika to give any wrong answer to Preeta. Preeta smartly questions Ruchika. Ruchika tells that someone has gifted her the dress. She leaves when Akshay reaches her. He cleanly lies to her, which makes Preeta certain that he is cheating on Kritika.

He feels he has handled Preeta. Kritika and Shrishti check out the dresses. Preeta finds Kritika happy. Kritika tells that she loves Akshay a lot. Preeta decides to find out the truth before spoiling Kritika’s happiness. Sherlyn and Mahira plan to target Kritika’s happiness by using Akshay. They know that Kareena will never tolerate Preeta if Kritika’s happiness gets at stake. Preeta confides to Shrishti about Akshay’s affair.

She decides to stop Kritika’s marriage if Akshay is really wrong. Shrishti teams up with her, while Sherlyn and Mahira work on ousting Preeta from Luthra house. Will Preeta stay strong and smart to expose Akshay’s mysterious secret to Luthra family? Or will she become Sherlyn and Mahira’s silly target again? Who will win this time? What do you think about Akshay’s track? Comment below and keep reading for latest news.

Reviewed Rating for this particular episode Kundali Bhagya 6th January 2021 Written Update New mystery:3/5 This rating is solely based on the opinion of the writer. You may post your own take on the show in the comment section below.