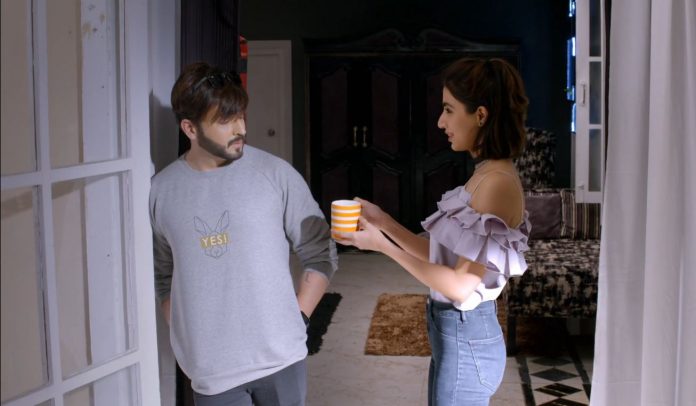 Kundali Bhagya 12th February 2021 Written Update Separation leap for Karan and Preeta is seen. Kareena wants to send Kritika at her uncle’s place. Kritika doesn’t want to go away from the family. Kareena asks Rakhi to explain Kritika. Rakhi tells that she has got happiness and sorrow. She asks Kritika to go away for few days to forget the sorrowful phase. She tells that if the place changes, then maybe her emotions also change.

She asks Kritika to go and come back as their cheerful girl. Kritika agrees to leave the house. Kareena asks Sameer to drop Kritika to the airport. Sameer asks where is Kritika going. Kareena tells that Kritika will be going to her uncle’s house. Kritika meets the family before making a leave. Kareena gets revengeful that Preeta had made her helpless to send away Kritika. She wants Preeta to cry. She tells that she will show her anger towards Preeta and not forgive her. She wants to make Preeta’s life hell.

Preeta misses Karan. She doesn’t know if Karan loves her or not. Shrishti finds her upset. She knows that Preeta is waiting for Karan. She thinks if Karan is also lost and thinking about Preeta. She is sure that Karan would not care for Preeta. Girish wakes up Karan. Karan misses Preeta. Sameer finds Karan angry on Preeta. Karan asks Girish not to mention Preeta’s name and irritate him. He sends away Girish. Shrishti thinks Preeta is angry. Preeta scolds her for messing up her cupboard. Shrishti cries in sorrow. Preeta hugs her and shares her pain.

Shrishti asks her to vent anger if she feels better. Preeta apologizes to her. Shrishti requests her to talk to Karan once. Preeta tells that Karan isn’t willing to talk to her. Shrishti tells her that she should talk to Karan once. Preeta calls up Karan who informs her that her bag is packed. He disconnects the call. Preeta gets angry at Shrishti for getting herself humiliated. Karan tells that Preeta would want to call him again. Shrishti insists her to call Karan again. Karan gets Preeta’s call. She answers him for the harsh comment.

She tells him that she isn’t his psycho fan to come and meet him when he doesn’t want to see her, she will come home and take the clothes from Girish. She doesn’t want to thank him. She also gets rude towards him. Shrishti feels that Preeta and Karan are spoiling their relation once again by their anger. Karan gets a punching bag fixed in his room. He asks Girish to inform Preeta that he has changed the room according to his taste like before.

He doesn’t want Preeta back. Mahira and Sherlyn are happy that Preeta isn’t at home. Kareena tells the family that Kritika will come back after a week. Karan tries to appear normal in front of the family. Sameer tells that Karan lost his smile. Bani tells that Preeta left and also snatched their happiness. Preeta does her duty towards her family. Karan and Preeta feel suffocated without each other. They have a longing.

Rakhi and Mahira try to take care of Karan. Karan doesn’t want to bond with Mahira. He wishes Preeta returns home. Preeta lives without him. Rakhi worries that Karan is sinking in loneliness. She cries for his son. She knows that Preeta wasn’t wrong completely. Shrishti finds Preeta in Karan’s memories. Preeta stays restless without him. She weeps at night. Shrishti feels like crying to see her sister falling weak.

Preeta tries hard to hide her tears. Sameer wishes Karan leaves his ego and meets Preeta once. Karan and Preeta live separated for many days. Later, Shrishti tells Preeta that Sarla had locked the window to stop her from going out without permission. Sarla tells Preeta that her thinking is different. She wants Preeta to speak to her and lighten her heart.

She tells that she didn’t like the fact that nobody believed Preeta in the Luthra house. Sarla’s comments answer Preeta that Karan may not come to take her home. Preeta gets depressed by the separation turning never ending. Will Karan take Preeta home? What do you think about Karan’s stupid move to let Preeta go away when he was merely taking a stand for her? Do you feel Preeta should return to Karan and Luthra family? Comment below and keep reading.

Reviewed Rating for Kundali Bhagya 12th February 2021 Written Update Separation leap: 2/5 This rating is solely based on the opinion of the writer. You may post your own take on the show in the comment section below.