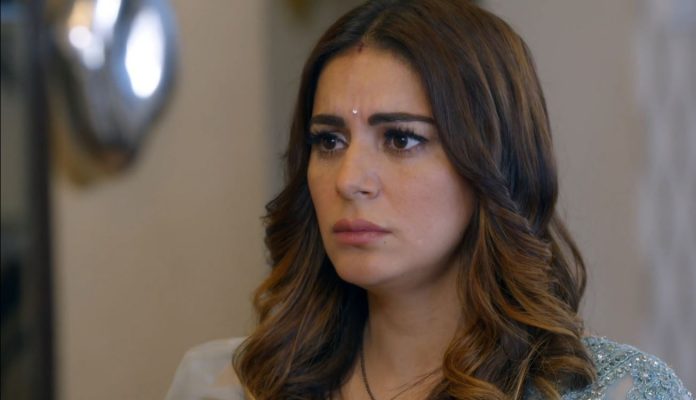 Kundali Bhagya 11th May 2021 Written Update New twists Pammi hurts Rakhi’s sentiments. She asks Rakhi why didn’t she get Karan home. She remarks that Preeta isn’t auspicious for their family. Rakhi asks her to stop the nonsense. She doesn’t regret Karan’s actions. She feels proud of his sacrifice. She defends her Bahu. She adds that Kareena never liked Preeta, because of Preeta’s family background and poor financial status. She asks Pammi to not adapt Kareena’s thinking.

She tells that she is Karan’s mother, her heart is crying for him, but she is really proud of his brave move. She asks Pammi if she doesn’t know Karan, he is passionate of cricket always, he always had a habit to win, which was actually a mother’s win, but when Karan turned selfish and loved just himself, she felt she had lost in his upbringing. She adds that Rishabh always protected Karan from her scolding.

She tells that Preeta’s love had changed Karan into a nice person, he started loving his relations, his family, he fell in love with Preeta and their relation turned really strong. She tells that Preeta got the change in him and made him a responsible man. She mentions that Preeta had always made a sacrifice for Luthras, Karan had seen her sacrifices and this time he made a sacrifice for her. She asks Pammi not to comment on Preeta if she doesn’t know Preeta’s efforts.

She tells that Karan had done a duty of a good husband, Preeta didn’t kill Akshay, Karan took the wrong blame on himself to save Preeta. She feels Karan had proved her upbringing right. She adds that Preeta is a boon for the family, she isn’t inauspicious. Prithvi also feels that Preeta can never kill anyone. He defends Preeta. Sherlyn gets frustrated. Pammi doesn’t want to apologize to Preeta. Preeta apologizes to Rakhi. They hide the matter from Mahesh. Mahesh gets his memory back. He remembers about the court case. He asks them about Karan.

Rakhi doesn’t want him to experience any shock. Prithvi reveals the shocking truth to Sherlyn that Megha is the killer, she killed Akshay and was blackmailing him for money. She asks him if he is happy that Karan got jailed. He knows that now Karan won’t come between Preeta and him. He asks her to believe her, he didn’t kill Akshay. Mahira tells that she will take her dad’s help in freeing Karan. Prithvi asks her not to help Karan. She asks him if he is planning to romance Preeta. He warns her against ruining his plans.

Mahira asks Sherlyn to stop Prithvi from going to Preeta. She guarantees that Prithvi will leave Sherlyn, he can’t handle three girls at once, he will marry Kritika and romance Preeta, he will break up with Sherlyn. She tells that just Karan can control Prithvi. Sherlyn asks Mahira to spare them, Prithvi will never cheat her, he really loves her. Mahira alerts that he is playing mind games with them.

Reviewed Rating for Kundali Bhagya 11th May 2021 Written Update New twists4/5 This rating is solely based on the opinion of the writer. You may post your own take on the show in the comment section below.