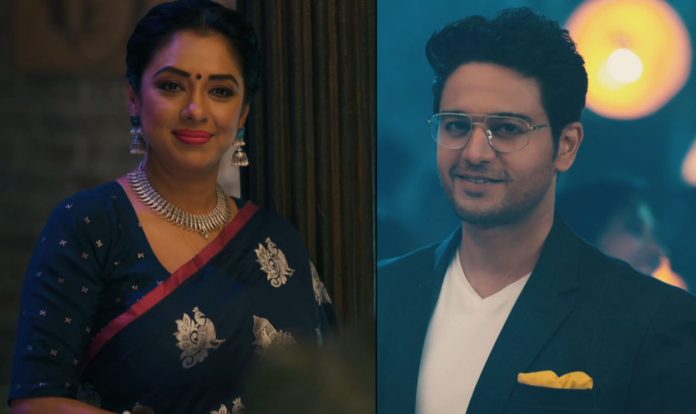 Anupama 4th September 2021 Update Upcoming Twists Devika finds Anuj’s love strong, that he kept the love without any hope and conditions. He tells her that he has just kept his love without any hope. He adds that he met many girls in his life, but none of them settled in his heart. Devika wishes that he makes a place in Anupama’s life. He asks her not to give him hope, it will ruin his peace. Devika becomes a cupid for them and brings them together. Vanraj and Kavya suspect Anupama on learning about Anupama and Anuj’s past.

He doubts that Anupama told him the truth about Anuj or not. Anupama tells that she doesn’t need to lie to him. Anuj still has a soft corner for Anupama. He loves Anupama’s uniqueness which she still kept alive. Devika finds situations to bring Anuj and Anupama together. Anupama clears that she doesn’t need anyone’s support. Anuj likes everything about her. His love gets more deep for her. Anuj knows that Anupama would not be thinking about him. Vanraj and Kavya make a plan to use Anuj and Anupama’s friendship.

Kavya asks Vanraj to get the deal by asking Anupama the favor. Anuj tells his family that he met Anupama, he is still thinking about her. Anupama too thinks of Anuj by remembering his filmi dance. She dances alone in her room. Anuj finds Anupama and her family in trouble. He wants to her help. He decides to solve Anupama’s problems. Kavya plans to step ahead to success using Anupama as a ladder. Anuj plans to meet Anupama and Shah family. Anuj will soon arrive in Shah household. Keep reading.

Reviewed Rating for Anupama 4th September 2021 Update Upcoming Twists: 5/5 This rating is solely based on the opinion of the writer. You may post your own take on the show in the comment section below.