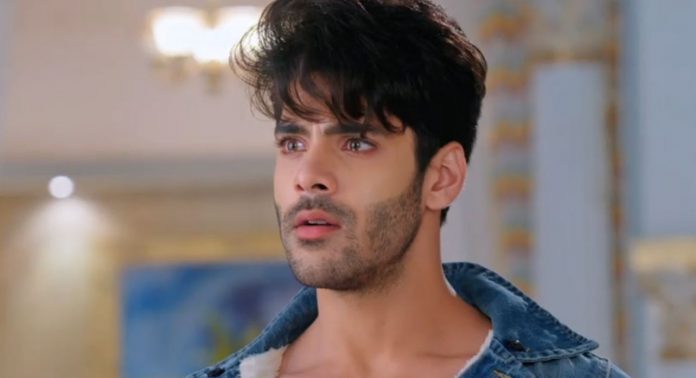 Virat tells them that Heer is alive, he will find Heer and get her back. He asks Harman if he doesn’t love Heer. Soumya asks Virat to see the truth, they love Heer equally. She exclaims that Heer isn’t between them, they have to find Heer’s dead body to perform the final rites. She accuses Virat’s family. She asks Virat to just see his family’s crime once. She wants him to support Heer, his family is just playing a drama in front of him to fool him, the truth is his family killed Heer. Police arrives to arrest Harman and Soumya for Sant Baksh’s murder.

Harman asks the police why didn’t he take his complaint seriously. He asks Inspector to get proof to arrest them. Harman and Soumya refuse to go with the police. Harman asks Inspector to at least get Sant Baksh’s body, than the video. He tells that the video won’t prove anything. Angad spits poison against Soumya. He introduces himself as the owner of the house. He tells the Inspector that Soumya is a sharp criminal. He gives a proof against Harman and Soumya.

He tells that he heard them making plans to get justice for Heer. Dalheet receives a parcel from Sant Baksh. Commissioner checks the parcel and finds black roses with a letter by Sant Baksh. He understands that Sant Baksh had gone to commit suicide, nobody is responsible for his death. Daljeet and Parmeet are shocked to see the same game played with them. They had fooled Virat the same way. Parmeet exclaims that someone forced Sant to write the letter.

Commissioner tells that they can’t take any action against Harman and Soumya. Harak and Preeto take a stand for Harman. Inspector gets the commissioner’s call and learns that Sant Baksh left a suicide note, he had committed suicide and now the case is shut. Angad tells that its the plan of Harman and Soumya. Virat asks Harman if Heer has really left them. Harman asks him to accept the truth. Will Harman and Soumya find the truth about Heer and get justice through their plan? Keep reading.

Reviewed Rating for Shakti 7th September 2021 Written Update Virat in shock: 3/5 This rating is solely based on the opinion of the writer. You may post your own take on the show in the comment section below.