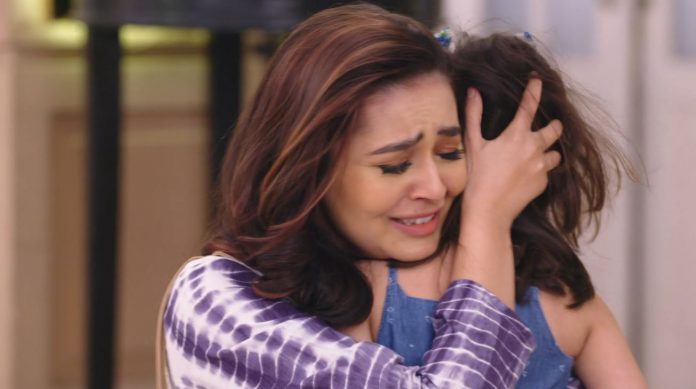 Kundali Bhagya 10th September 2021 Written Update OMG twist Sonakshi finally reveals that Pihu is Karan and her daughter, she is the heir of Luthra family. The family is loved by this truth. Sonakshi tells them that they can’t oust their own blood from the house. Pihu comes back to Preeta. Sherlyn calls Prithvi to give this big news. He tells her that he got Luthras’ business and property papers, he can bring them on the roads. She tells that she has a bigger news, Pihu has become a curse for Luthras, she is actually Karan and Sonakshi’s daughter. Prithvi can’t believe this.

She tells that Sonakshi has come home and revealed to the family about Pihu. He likes the new twist. He tells that it was Sonakshi’s plan to make Karan and Preeta adopt Pihu so that she can also enter the house. Sherlyn tells him that Sonakshi isn’t so smart, she had been cheated by everyone in her life, she is ill-fated. She adds that Luthras love Pihu more than Preeta, but Sonakshi is claiming Pihu.

He likes to see the pain ongoing in Luthra family. Sonakshi tells Pihu that she is her mumma. Preeta stops Sonakshi from her blunt move. She takes Pihu with her. She asks Sonakshi not to do anything that she later regrets. Sonakshi tells the family that she got to know about Pihu’s adoption, she isn’t adopting by any random family, but by her own father, Karan Luthra. Karan asks Sonakshi to shut up and not repeat it. Sonakshi tells him that Pihu is his own daughter.

Bani takes Kareena aside by feeling something weird. She realizes that Kareena is hiding something. She tells Kareena that she doesn’t think Sonakshi is telling the truth, but Kareena can tell them the truth which is actually hidden from the family. Kareena wants to admit that she knew about Sonakshi and Pihu’s relation. The NGO lady tells the Luthras that Kareena knew about Pihu already, that Pihu is Luthras’ family blood.

Sonakshi gets the NGO lady in her favor. Karan and Preeta confront Kareena to know if she latter knew the truth and got Pihu home by plotting it. What will happen next? Sonakshi tells the family that she will not leave the Luthra house without Pihu. Will Sonakshi take Pihu with her, or come to stay with Luthras? Comment your views. Keep reading for a full update.

She adds that it was a shock for her also to know this truth. Karan calls Sonakshi wrong. He tells that Preeta and he are Pihu’s parents. Kareena calls Sonakshi a liar. Sonakshi tells that she has documents to prove herself true. Kareena blames Sonakshi for trying to take Preeta’s place. Sonakshi asks Kareena not to talk filthy things. Kareena warns her. Bani calls the NGO lady to know about Pihu. She tells that the truth will soon come out. Sarla asks Sonakshi why does she want to snatch Pihu from Preeta. Sonakshi doesn’t get heard by anyone. Rakhi, Preeta and Bani ask Kareena about the adoption idea, if she knew about Pihu.

They want to know the truth. Kareena can’t believe that her family is doubting her. She denies to know anything more than them. Shrishti informs them that NGO lady Neetu has come. She tells Preeta that Pihu has run to meet Neetu. She doesn’t trust Sonakshi. She asks Preeta not to believe Sonakshi, who is just trying to claim Pihu. She gives strength to Preeta. Bani and Rakhi ask Neetu to tell them about Pihu’s mother. Neetu tells that they didn’t meet Pihu’s mother, someone left her outside the orphanage. Sonakshi tells that her dad had admitted Pihu at the orphanage.

Neetu proves Sonakshi wrong. Kareena and Sonakshi have an argument. Neetu calls Sonakshi a liar, she isn’t Sonakshi’s mother. Sonakshi also produces the evidences. She tells that she has a witness also, her dad didn’t wish her to become a single mom, she can prove it easily that Pihu is her daughter. She threatens Neetu that she will get the orphanage banned. Neetu gets scared by her threatening. She accepts that Sonakshi’s dad left Pihu at the orphanage. Karan and entire family receive a shock. Karan also threatens Neetu for cheating them. She tells Sonakshi that he called his legal team already.

Neetu tells them that Kareena knew the truth and that’s the reason she chose Pihu. Rakhi and Mahesh question Kareena if she knew the truth before. Karan asks Kareena to answer them. Kareena admits that she knew the truth, she had heard Sonakshi and her dad’s conversation in Lonavla. She had decided to bring Pihu home. Stay tuned.

Reviewed Rating for Kundali Bhagya 10th September 2021 Written Update OMG: 2/5 This rating is solely based on the opinion of the writer. You may post your own take on the show in the comment section below.