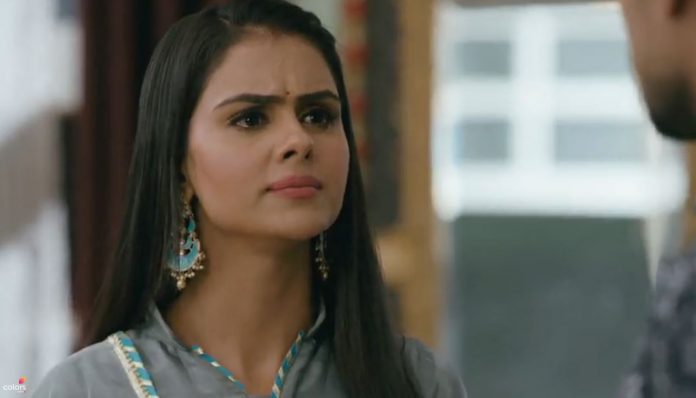 Udaariyaan 11th September 2021 Written Update Tejo returns Tejo meets Khushbeer, who requests her to come home with him as his daughter, not as Fateh’s wife or the family’s Bahu. He tells her that relations have changed, so he has accepted her as his daughter. He whole heartedly welcomes Tejo back home, but Tejo doesn’t agree. Tejo can’t go back to the same house where she would recall Fateh and her memories. He refuses to return home with Khushbeer. Khushbeer tells her that she can come back anytime she decided, since he had ousted Fateh and Jasmin from the house.

He returns home to tell the family about Tejo’s refusal. He is much hurt that Fateh didn’t even stop for Gurpreet’s sake. Fateh arrives home with Jasmin, to shock everyone. Fateh doesn’t have any place to take Jasmin, when she is in an injured state. He tells the family that Jasmin’s family isn’t ready to accept her, they have no other place to go. Khushbeer asks Fateh to go anywhere and let anything happen to Jasmin. He doesn’t deter when Fateh reveals about Jasmin’s suicide, which was just an accident.

Fateh and Jasmin’s dramatized entry makes them get a place in the house. Khushbeer is upset with their stay, while Gurpreet just wants Fateh’s happiness. Khushbeer sympathizes with Tejo. Fateh gets caring for Jasmin, who has no one else in her life now. Fateh’s Dadi/Biji gets a heart attack due to the tensions in the family. Mahi informs Tejo about Biji’s critical state. Tejo gets compelled to return to Virk house to look after Biji, who dearly loves her. Tejo meets Fateh and Jasmin there, who doesn’t seem happy to see her back. What twists will come with Tejo’s return? Keep reading.

Khushbeer doesn’t want to allow Fateh in the house at any cost, even if Jasmin dies. He tells Fateh that he will never let him enter the house, knowing how he cheated Tejo and entire family for someone like Jasmin. He tells Fateh that he will never accept him and regard him dead just like Simran. Fateh gets regretful. Gurpreet takes his side. She tells Khushbeer that she will also leave the house if her son leaves. Khushbeer thinks she isn’t able to see Fateh’s mistake. He asks her to leave as well, if she wants to support her son.

There are chaos in the family because Fateh gets adamant to get Jasmin home. He tells that he has no place to take her. He adds that he will take Jasmin to some other place once she recovers. Khushbeer blames him for ruining the family prestige for his so called love. Gurpreet and entire family get arguing with Khushbeer, who finally gives up when the chaos lead to his mum’s heart attack. Fateh and Jasmin get an entry home.

Tejo pacifies her dad, seeing the same regret on his face. He realizes that Khushbeer really cares for Tejo. He asks her to fight for her rights. He suggests that she doesn’t let Jasmin get away with her rights. He asks her to snatch everything back from Jasmin, but Tejo doesn’t think Fateh loves her. Fateh faces Khushbeer’s anger. The family learns about Biji’s heart attack and get worried for her. Fateh goes to check on Jasmin. Nimmo creates a scene and doesn’t let her meet Jasmin. Fateh gets helpless. The entire family looks after Biji, who keeps just one wish that’s to see Tejo back home.

She asks Khushbeer to do anything but get Tejo home. He doesn’t think Tejo will come knowing Jasmin is living with Fateh. Mahi calls Tejo to inform her about Biji’s heart attack. Tejo gets worried for Biji knowing the latter wants to meet her once. Tejo decides to go home for Biji’s sake. Fateh asks Jasmin not to attempt suicide again. He tells that he will fight the entire world for her love. He doesn’t want her to take any stress.

Jasmin still goes to see Biji. Fateh tries hard to convince Biji, who is just crying for Tejo. Biji doesn’t want Fateh or Jasmin. Jasmin thinks her position will get weak in the family if Biji opposes her. Biji cries a lot and gets more unwell. The entire family prays, while Tejo makes an entry in the house.

Tejo tells Biji that she will keep visiting her. Jasmin grows angry watching Tejo claiming rights on the family. Fateh calms down Jasmin, who thinks she owns the family. Fateh and Jasmin grow insecure thinking Tejo has come to stay. Tejo refuses to stay with the family, while Khushbeer asks her to stay with them with the rights of a daughter, not a bahu. He convinces Tejo to stay back with them. Tejo agrees to stay, while Jasmin’s tension get on a peak. What will happen with Tejo and Jasmin staying under the same roof? Keep reading.

Reviewed Rating for Udaariyaan 11th September 2021 Written Update Tejo returns: 5/5 This rating is solely based on the opinion of the writer. You may post your own take on the show in the comment section below.