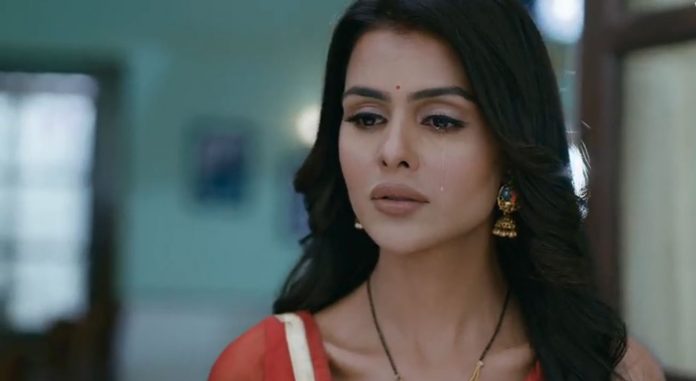 Udaariyaan 13th September 2021 Written Update New battle Tejo doesn’t accept Khushbeer’s request initially. She doesn’t think she should stay in the house where Fateh is living with his girlfriend. Rupy suggests her that she fights for her rights, and doesn’t lose Fateh to Jasmin this time, since Fateh isn’t something to give away to her sister’s stubborn demands. Tejo also thinks that she shouldn’t tolerate Jasmin’s nonsense from now, since her love has just encouraged Jasmin in a wrong direction. She now wants to get stern towards Jasmin and show her the mistakes. Biji also requests Tejo to stay back with them, when Tejo gets hesitant to stay.

Tejo is left with no option that Biji makes her promise that they will be not dividing the family because of Jasmin’s coming. Tejo realizes that Virk family is breaking down into two halves since Fateh and Jasmin’s affair news got out. Tejo feels responsible to keep the family united, when she has now become the part of the family as a daughter. Tejo tells Khushbeer that she will stay back with them. She asks about her room. Khushbeer asks her to occupy the same room where she used to stay before.

Jasmin fuels Fateh against Tejo and makes him speak out. Fateh asks Khushbeer why is he stopping Tejo home, knowing there is no hope left in their marriage. He clears that he doesn’t love Tejo, and he can’t stay with Tejo in the same room. He wants to stay with Jasmin. Khushbeer angrily warns Fateh, clearing the fact that Tejo has come to stay with the right of his daughter. He asks Tejo to go to her room, which belongs only to her.

Jasmin gets worried seeing Tejo winning her place back. Khushbeer asks Fateh and Jasmin to leave the house if they have any problem with Tejo. He shows them the door once again. Fateh and Jasmin get helpless to agree to leave the room for Tejo. Jasmin loses her temper when she loses the room. She thinks she has a right on Fateh and everything that belongs to her. Luckily, Tejo and Khushbeer show Jasmin the right place. A battle begins between the sisters, Tejo and Jasmin for their rights. Who should win Fateh? Comment your views and keep reading.

Tejo decides to stay back with the Virk family, while her brother Abhiraj comes to pick her. Tejo goes to occupy her room, while a family drama begins once again between Fateh and his dad. Khushbeer takes a stand for Tejo, just like the rest of the family. Biji is also in favor of Tejo. Tejo stays back for Biji’s sake. Khushbeer is glad that Tejo finally got convinced. Fateh raises an objection on Tejo’s return, stating he doesn’t love her and won’t be able to give her a wife’s status.

Khushbeer clears his misunderstanding, that Tejo isn’t Fateh’s wife from now. He has accepted Tejo as his daughter and wants her to never leave the Virk family. He reprimands Fateh for his selfish demands, and asks him to leave with Jasmin. Fateh bears the taunts from Nimmo. Tejo’s family cries for her emotional trauma, because of Jasmin. They don’t think any of their tears or emotions can melt Jasmin’s heart, since she is really selfish. They just worry for Tejo, who is facing Jasmin in the Virk house.

They wish that Tejo stays strong and opposes Jasmin. Jasmin gets angered seeing her stuff removed from Fateh’s room, when Tejo comes to occupy. Jasmin and Tejo get into a heated argument, while the former insults her sister, stating her sole rights on Fateh and his house. Jasmin doesn’t realize how much is she hurting Tejo by her misbehavior. Jasmin makes Tejo realize that Fateh doesn’t love her, and Tejo doesn’t fit in his life. She asks Tejo to not stay as any useless thing in the room and just go away.

Jasmin boasts of her rights on Fateh because he loves only her. Tejo stays strong and unaffected by her taunts. She tells Jasmin that the room has everything of her choice, there is nothing that could be of Jasmin’s choice. While their argument goes on, Fateh steps in. Tejo finds Jasmin changing her tone and anger to make a puppy face in front of Fateh. She realizes how fake Jasmin has become to win Fateh’s love. Jasmin acts innocent to make Fateh against Tejo. Fateh asks Tejo to leave, because he won’t accept her as his wife if she imposes herself on him. He tells that she won’t be able to get him back ever.

Tejo clears his mind stating that she didn’t come for his sake, but for Biji. Tejo gives a befitting reply to him that she doesn’t know the fraud Fateh, he doesn’t mean anything to her that she will claim him. Jasmin asks her not to snatch Fateh from her. Tejo reprimands Jasmin for always snatching her things. She shows Jasmin the reality, saying Jasmin doesn’t have the talent or capability to get anything on her own so she just snatches things from others.

She taunts that Jasmin couldn’t get a husband for herself, so she has snatched her sister’s husband. She clears Jasmin’s misunderstanding. She warns Fateh about Jasmin’s true face. She tells that very soon, Fateh’s eyes will open and he will see the true selfish Jasmin. Fateh tells that he won’t be staying with Jasmin in the house for long. Tejo deals perfectly with them and makes them leave the room. Jasmin feels she lost the room to Tejo. Tejo clears that she can achieve back everything she lost, but she isn’t interested in Fateh. She wants to fight for her rights, and teach a lesson to Jasmin.

Jasmin tells Fateh that she wanted the room. He asks her to think of their Canada visa, they will be leaving soon and won’t stay back with the family. Fateh calms her anger. He asks her not to mess up with Tejo again, like she did today deliberately. He advises her to win his family’s heart before they go. Jasmin tries to impress Biji, but makes a mistake. Tejo looks after Biji well, which impresses Gurpreet. Gurpreet leaves after insulting Jasmin. Jasmin doesn’t care for his family. She just keeps her ego high.

Fateh goes to his room to get his clothes, and ends up getting hurt. Tejo helps him out, while Jasmin misunderstands him. She tries to hurt Tejo’s heart by her taunts. Tejo tries to stay strong, but seems to get affected. Jasmin shows her rights on Fateh, and asks him to stay with her in the guest room. Fateh finds Jasmin provoking Tejo once again and limits her.

Reviewed Rating for Udaariyaan 13th September 2021 Written Update New Battle: 3/5 This rating is solely based on the opinion of the writer. You may post your own take on the show in the comment section below. 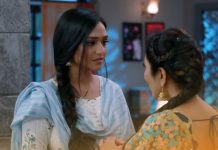 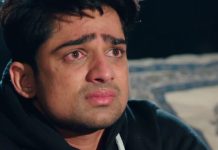