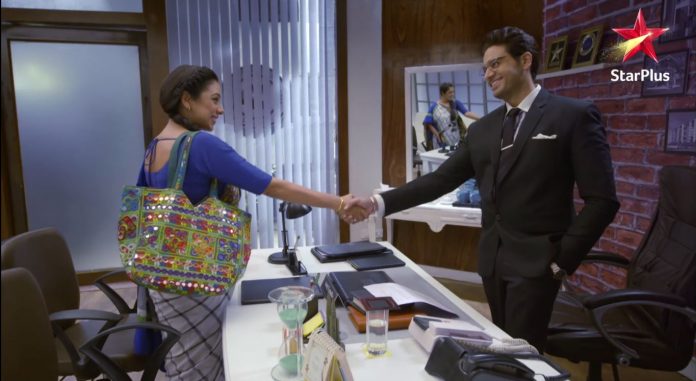 Anupama 16th September 2021 Written Update Anupama joins Anuj Anupama gets an irresistible offer from Anuj, who believes in her ideas. He thinks Anupama is really selfless and would never compromise with her principles for the sake of business or money. He accepts Anupama’s project because of her selfless approach, which will prove out to be a big hit soon. Vanraj’s ego gets hurt. He doesn’t want Anupama to accept the partnership offer with Anuj. Anuj offers an equal partnership to Anupama, by being the sole investor. Kavya is tempered that Anuj didn’t choose her project.

She isn’t thankful that he had offered her a job. Vanrah can’t see Anupama prospering in life. Anupama thinks about the partnership offer. Vanraj asks Anupama to refuse to the offer. Anupama bluntly reminds him that he isn’t her husband now to choose her life’s direction. She doesn’t give any right to Vanraj to decide for her life. She declares her decision that she will accept Anuj’s offer and work with him. Leela also raises an objection on Anupama’s work, after whatever filth Kavya filled in her mind.

Leela doesn’t want Anupama to consider Anuj as someone standing a chance to enter her life. She clears out that Anupama shouldn’t move on in her life with Anuj. Anupama realizes how Vanraj’s dirty thoughts have started to influence Leela. Anupama promises Leela that she will never look for a companion in Anuj or anyone else. She doesn’t have the courage to fall in love again or give a chance to a demanding relation like marriage. Anupama goes against Vanraj and Leela. She accepts the offer.

Consequently, Anupama signs the papers in front of the family. She meets Anuj at his office and tells that its her yes for the offer. Anuj welcomes her. She tells him that she knows that his heart is clean, but others won’t have such clean-hearts and minds. She wants to clear one thing to him, that their relation will be just professional. She adds that she doesn’t have any place for a new relation in her life. Anuj knows that she is independent and doesn’t need a man’s support to secure her future.

She sets the boundaries for Anuj and herself. Anuj keeps smiling, because he doesn’t expect to get her love. He respects her even more after hearing her straight-forward thoughts. He welcomes her and calls her a friend. Anupama accepts his friendship. They shake hands and begin a new bond. What will their friendship turn into, when Anuj can’t help his heart and his growing feelings for Anupama? Will Anupama realize Anuj’s love suppressed in his heart since the last 26 years? Do you want to see Anupama and Anuj paired up as a couple? Keep reading.

Leela and Paritosh also question Anupama on her friendship with Anuj. Leela asks Anupama to answer her. Paritosh tells that he doesn’t want a daily drama because of Anupama’s new friend. He doesn’t want their friendship to get strong. Anupama stops Samar and Paritosh’s quarrel. Anupama tells them that the family supported Vanraj and Kavya’s friendship of nine years. Anupama asks them why are they questioning Anuj, who is just a classmate, not her good. Vanraj tells that he knows about such friendships which turn into love.

The entire family gets divided into two halves, and get into a fight. Paritosh tells that Anuj would have planned Samar’s accident to turn into a hero. Samar tells that Kavya, Vanraj and Paritosh can’t handle Anupama’s success. Samar and Kinjal defend Anupama and take a stand for her. Paritosh supports Vanraj. Leela asks Anupama to not work with any stranger, who had feelings with her. She wants Anupama to refuse to the offer. Hasmukh feels Leela has a narrow thinking.

Leela tells that they will sell the factory and then see how to lead. Vanraj taunts Anupama that he will give her the place to continue her dance, while her friend has given her the ghungroos. He commands her to refuse. Anupama tells him that he isn’t her husband now, and holds no right to decide on her life. Leela asks Anupama to respect her decision, if she regards her as mother. She puts Anupama in a fix. Vanraj gets commanding Anupama like before. He feels Anuj has slapped him deliberately, he had decided to choose Anupama’s idea. Kavya tells that they will get what they want, they should be happy, let Anupama do anything she wants.

She asks Vanraj not to react as Anupama’s wife, he shouldn’t care even if Anupama has an affair with Anuj. Vanraj doesn’t want Anupama to work with Anuj. He tells that it will get insulting that they will work with Anuj as employees and Anupama will work as a partner. He knows that Anupama will have to refuse for Leela and Paritosh’s sake.

Hasmukh, Kinjal and Samar get worried for Anupama and understand her pain. Samar tells that Anuj has seen Anupama’s talents. Hasmukh regrets his family’s narrow thinking. Samar doesn’t want Anupama to live under pressure. He wants Hasmukh to explain Anupama. Hasmukh tells that few things can be clearly explained by just a friend. He summons Devika to show Anupama the right path. Anupama vents anger by her dance. GK and Anuj await Anupama’s decision. Anuj tells that he wants to give a new flight of success to Anupama, he will not confess love to Anupama, it would be a big mistake. Devika meets Anupama to talk to her.

Anupama doesn’t want to talk about Anuj again. Devika asks why not. She wants Anupama not to run from herself. Paritosh tells Vanraj that Anuj is favoring Anupama knowing she isn’t talented. Vanraj wants Anupama to just continue her normal work. Anupama asks Devika why did she joke about Anuj in front of the family.

Devika tells that Vanraj is a psycho to control her. She asks Anupama to decide for her life, she is single and can have an affair as well, Vanraj shouldn’t judge her. Vanraj tells Paritosh that Anupama will be insulted if the society knows about Anuj and her. They make up their minds to stop Anupama from signing the deed. Anupama asks Devika not to create problems for her. Devika tells that Anuj isn’t any cheap romeo. Anupama tells that Leela and Paritosh have the same problem with Anuj. Devika advises her to take the job and prove everyone wrong.

Reviewed Rating for Anupama 16th September 2021 Written Update Anupama joins Anuj: 5/5 This rating is solely based on the opinion of the writer. You may post your own take on the show in the comment section below.