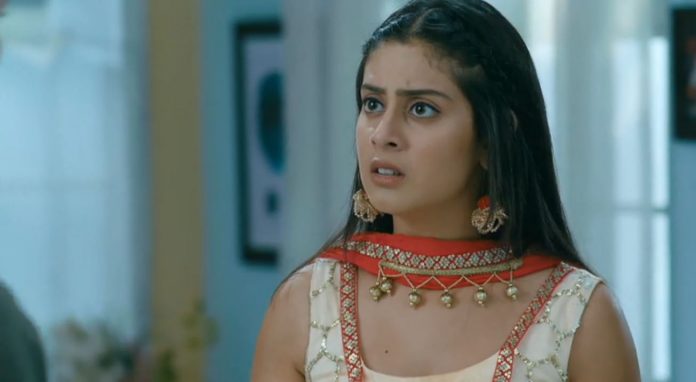 Udaariyaan 22nd September 2021 Written Update Jasmin’s truth Khushbeer rebukes Tejo for her lies about Simran. Jasmin creates a scene, seeing Khushbeer scolding Tejo. She asks Tejo why did she hide about Simran. Fateh asks Jasmin to stop it. Jasmin tells that the family would have regarded Tejo the best bahu if the truth didn’t come out. Fateh vents anger on Jasmin. He asks her not to say anything bad about Tejo. She gets upset that he is defending Tejo. She provokes him again that Tejo lied to him about Buzo and Simran.

She asks him to scold Tejo for lying so much about Simran. He wishes that he didn’t believe his eyes. He has just spotted Tejo and Buzo together and thought wrong about them, because he was doing wrong himself. He feels ashamed that he has suspected his wife’s character. He curses himself for falling in his own sight by his huge blunder. Fateh feels sorry that he misunderstood Tejo. He regrets his dirty thinking. He realizes that sometimes what appears as truth is also a lie.

He didn’t try to find the truth, just to put the accusation on Tejo to get free from his guilt. He was having an affair with Jasmin, and thought its an easy way to accuse Tejo for an affair. He realizes that he was making Tejo fall in the family’s sight just to cover up his mistake. He feels guilty and sheds tears. Jasmin asks him not to feel guilty.

Consequently, Fateh realizes his mistake. Tejo and Mahi overhear Fateh and Jasmin’s conversation. Fateh regrets that he suspected a noble person like Tejo. He lacks courage to meet Tejo’s eyes. Tejo knows that his eyes will open up soon and he will see Jasmin’s truth. She doesn’t think his humanity and goodness matters until he realizes his actual mistake of believing Jasmin. Jasmin rages on seeing Fateh going on Tejo’s side again. She doesn’t want their marriage to get a chance of revival.

Fateh comes in Jasmin’s words once again when she asks him to keep Tejo away from the academy. She doesn’t want Tejo to dominate her in the house and academy. Fateh agrees to Jasmin’s suggestion. He tells Khushbeer that he would like Jasmin to join him and help him in the academy work, instead of Tejo, who is best suited at home. Khushbeer is against Fateh, but doesn’t have an option than to agree. Tejo learns this shocking development from Jasmin, when she fails to open the gate lock by her key. Jasmin tells her that her key won’t work to open the lock, since she has changed the key and the lock.

She tells Tejo that Fateh has decided to keep her out of the academy. She tells that she has decided to work with Fateh in the academy. She asks Tejo to go home and handle the family. Tejo questions if Fateh knows about the development. Jasmin tells her that its Fateh’s decision and he has informed the family about it as well. Tejo is left stunned. When will Jasmin’s truth come out? Keep reading.

Fateh gets angered on Jasmin, while she tries to divert his mind. She tells him that they shall check out the gifts he ordered, but he isn’t in the right frame of mind. He doesn’t listen to her. Tejo finds Biji, Gurpreet and Mahi upset because of Simran. She consoles all of them, and makes a promise that she will soon bring Simran back once things get fine. She wants to convince Khushbeer to accept Simran in the family. Tejo promises Gurpreet that she will bring Simran soon.

Gurpreet gets impressed with her. Fateh apologizes to Tejo for the suspicion, but she doesn’t think he is able to understand his wrong actions. She doesn’t forgive him. Jasmin finds Tejo impressing the family. She doesn’t want Tejo to go to the academy and have lunch with Fateh. She calls Fateh to meet her urgently, just to make her plan work. She plans to keep Tejo away from the academy. Jasmin shocks Tejo by stopping her at the academy gate, revealing to her that Fateh and she decided to run the academy together from now. Tejo can’t believe that Fateh has ousted her from the academy.

Fateh got convinced by Jasmin’s emotional blackmail and fake tears. He permitted her to join him in the academy, just for the sake of her happiness. But, Jasmin gets the rights on the academy to insult Tejo. She asks Tejo to go home and handle the family, which she does the best. Tejo doesn’t think Jasmin can handle the academy. She is afraid that Jasmin’s mistakes will bring big losses for the family. Jasmin challenges her that she can run the academy better than Tejo. She asks Tejo to see her talents soon. Tejo leaves her to rejoice with the big responsibility.

Jasmin learns that Fateh is receiving a big honor from the government for his contribution towards the sports field. Fateh is leading the academy and supporting many young enthusiastic boxers and sportsmen. Jasmin signs the consent form on his behalf. She goes home with the good news, and tells them that she has taken the responsibility of the event at the academy. The family congratulates Fateh for his success, but wants to know why Jasmin is working in the academy with him. Fateh tells them that Jasmin is going to work with him instead Tejo. Khushbeer is upset with his decision, but Tejo stays unaffected.

Tejo wants Jasmin to realize her truth herself when she fails to keep you the responsibilities. Fateh and Jasmin are happy in their world, while the family worries of losing their respect in the society if Fateh and Jasmin’s relationship truth gets known during the event. They don’t want anyone to know about Fateh’s affair with Jasmin. Gurpreet wants Fateh and Tejo to appear together in the event as a couple. Khushbeer worries for Tejo’s emotions. He wants to avoid the award ceremony. He doesn’t think he should go and get himself insulted by Fateh and Jasmin.

Jasmin acts great in front of the family by stepping back from the event. She tells them that though she will organize the event, she will not appear there in order to keep the family respect. She asks the family to forgive her and give her a chance to rectify her mistakes. She asks Tejo to go with Fateh, since Tejo is still Fateh’s wife. Tejo refuses to accompany Fateh. She tells that she has no relation with Fateh now, she will not attend the event and better stay at home. The family respects her decision. Jasmin wants Tejo at the event, since she planned something big to humiliate Tejo.

Reviewed Rating for Udaariyaan 22nd September 2021 Written Update Jasmin’s truth: 2/5 This rating is solely based on the opinion of the writer. You may post your own take on the show in the comment section below. 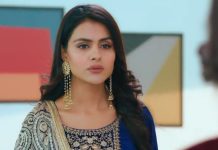