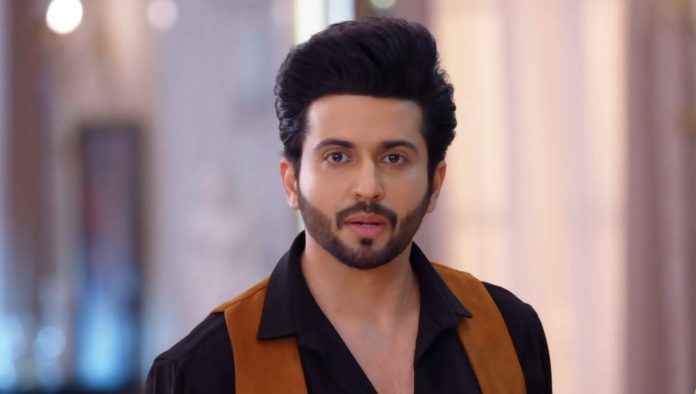 Kundali Bhagya 2nd October 2021 Written Update Karan revelation Sonakshi starts creating rifts in the family. She proves that she doesn’t instigate Karan against the family, while Preeta does this thing often to get his support. Kareena and Bani gradually start going on Sonakshi’s side. Sonakshi tries to show that she cares for Karan and Pihu more. Kareena forgets the fact that Preeta is Karan’s wife. She still compares Preeta with Sonakshi. She tells Bani that like Preeta misbehaved with her, even Karan is fighting with the family to support Preeta. She tells that the way Karan supports Preeta and fights them, it all happens because of Preeta, Sonakshi would have not let this happen if she had married Karan.

She now favors Sonakshi like she used to favor Mahira. Bani agrees with Kareena. On the other hand, Rishabh realizes that someone is trying to weaken the company roots by leaking their confidential information to the rivals. He wants to know out the betrayer in the family or office who is making their company lose the big deals. Karan also comes across a shocking fact that the accounts have a major fault. He comes home from the office to reveal this latest find to Mahesh and the family. Rishabh doesn’t want Karan to give tension to Mahesh.

He asks Karan to trust him, he will handle everything. He asks Karan not to divulge any more details, but Karan doesn’t listen. Mahesh asks if Karan is saying the truth. Karan asks why would he lie to him, he is saying the truth. Mahesh grows worried. Rishabh assures that he will find out the truth. The Luthras get worried knowing about the betrayer. Prithvi is super tensed, that Rishabh may soon reach him. He doesn’t want Rishabh and anyone in the family to know his truth, before he ruins them down completely. Prithvi decides to fast track his plans to destroy the Luthras, and Sherlyn supports him. Why doesn’t the rich and smart business family Luthras see the evil residing in their own house? Comment your views. Keep reading for a full update.

Kareena feels Sonakshi respects her more than Preeta does. She tells that she didn’t like Preeta, but still cared for her, but Preeta doesn’t respect her, she makes Karan against the family. She tells that Sonakshi should have married Karan, she knows family values, she will never disrespect elders. She adds that she isn’t able to tolerate Preeta in the house. Prithvi and Rishabh have a collision in the corridor.

This initiates an argument with them. Rishabh insults Prithvi. Prithvi tells him that he should never underestimate others. He threatens Rishabh in an indirect way. Rishabh and Sameer understand what Prithvi means. Rishabh tells that he will be good to settle scores with him. He asks Prithvi to stay as a guest, since he is just a guest for them. Prithvi tells that he is not a guest, but a Ghar Jamai. He doesn’t want to leave from the house. Sameer interrupts, and gets scolded by Prithvi. Rishabh stops Sameer.

Prithvi tells that two elders are talking, kids shouldn’t get into this. Rishabh calms down Sameer, who asks Prithvi to talk with manners. Rishabh asks Prithvi to go to Dubai and earn money, it will get him some respect. He tells that he should take Kritika along with him. Prithvi likes Rishabh’s taunts. He tells that he loves Kritika, who is homely, she doesn’t like shopping or outings, she just wants to spend time with him at home. He adds that he is just a slave of his wife.

Rishabh calls him a slave, and asks him not to try to become the king. He tells that he is the king of the house, Prithvi should see around and walk. He asks Prithvi to enjoy the time, his stay may end anytime. Prithvi angrily swears to ruin Rishabh’s happiness and peace. He wanted to tell Rishabh that he has everything in his control now, but doesn’t reveal anything. He tells that he can bring Rishabh on the roads anytime he wants. He controls his anger. Rakhi and Preeta pamper Pihu before sending her to the school. Rishabh asks Sameer to focus on the existing business, someone is creating troubles for them.

Sameer gets worried. He asks what does he mean. Rakhi asks them to come for breakfast. Rishabh asks Sameer to have breakfast and rush for a meeting. Rishabh asks for Karan. Preeta tells that Karan is coming. Karan eats food by Rishabh’s hands. He tells Pihu that he won. Rishabh feeds them with love. The family laughs together. Mahesh tells that he loves his family. He adds that Kareena has gone with Sonakshi to drop the latter to the airport, its actually Sonakshi’s friend’s wedding. The family is surprised to know this. Kritika doesn’t like Sonakshi. She wonders how Kareena went to drop Sonakshi.

She tells Prithvi that she has a surprise for him. Everybody goes away, leaving just Sherlyn and Prithvi at the dining table. They share a moment. They feed each other by their hands. Sherlyn goes before Kritika comes. Kritika surprises him with a special dish. She feeds him by her hands. He gets afraid to eat, and looks around if Sherlyn is watching. Prithvi wants to spend quality time with Sherlyn. He feels everyone is the enemy of his love.

Sameer meets Shrishti. She is thankful that he came on her one call. Karan and Rishabh accompany Preeta and Pihu to the school. Karan asks Rishabh to get Preeta admitted in the 4th standard, while Pihu studies in LKG. Preeta asks Karan to stop it. Rishabh tells Pihu that Preeta is a big doctor, she treats people and helps them. Preeta asks Karan not to joke in front of Pihu, else she will break his bones. Preeta and Karan argue so much that Rishabh gets between to sort it. Karan wishes that he was a girl, then everything would have been allowed to him. Sameer and Shrishti’s love story begins.

She further adds that Rishabh helped her in making Sudha away. Sameer asks her to get married and spare him. He gets upset that he isn’t her favorite. He asks her to be silent, Karan is calling. Shrishti answers the call and tells that she is with Sameer, he is angry on her and he is fighting a lot. Karan laughs hearing their arguments. Sameer tells that he is helpless. Karan asks him not to support Shrishti. Sameer tells that he will complain about Shrishti to Preeta, she is really mad. She thanks Karan for supporting her. Rishabh asks Karan if he has seen the event company revenue.

Karan asks Rishabh to talk to Shrishti. Shrishti tells that she likes him a lot, he is the world’s best person. Rishabh thanks her. Sameer asks Shrishti to get down the car. She calls him jealous. He asks her not to misbehave with him. She tells that she doesn’t want his calls, she will take lift from Rishabh. Rishabh tells Karan about the bad revenue, someone is stealing their business. He asks Karan to find out. Prithvi overhears their conversation. He tells that he wants to ruin them and their family. He likes to see the tension on their faces. Stay tuned.

Reviewed Rating for Kundali Bhagya 2nd October 2021 Written Update Karan revelation: 5/5 This rating is solely based on the opinion of the writer. You may post your own take on the show in the comment section below.