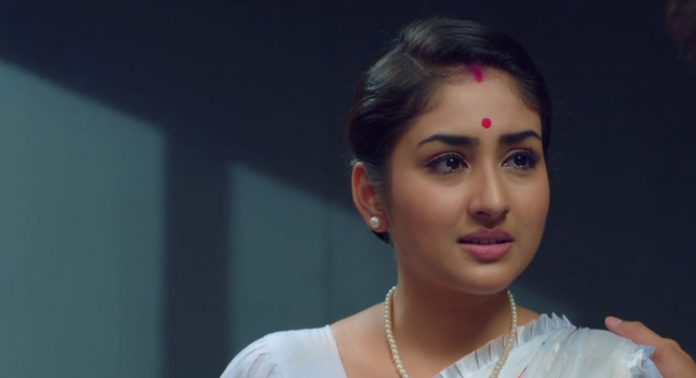 Barrister Babu 4th October 2021 Written Update New clue Bondita reveals that her witness will speak the truth, sign on it, and take full responsibility for her statement but that paper will be wrapped in an envelope and kept in front of the judge. In this way, the family of the witness or Subodh Chatterjee will not be aware of it. Bondita reveals to public prosecutor Subodh that only the judge will have the whole information about the witness. Subodh thinks that Bondita has prepared all her witnesses properly. He decides to break the unity of the women and Bondita’s ego. Bondita asks her witness to give her statement. They speak in unity when Subodh requests the judge that he wants to question the witnesses. Subodh tries to divert the case by asking meaningless questions.

He tells that Tapur had an extramarital affair with Chandrachur and Anirudh helped her in it. Subodh finds Tapur uncomfortable and realizes she is the victim. He asks her what kind of dress she was wearing that night? Was any of her body parts visible through it? Was she trying to attract Chandrachur towards her? What was her condition when Anirudh came there? Was she wearing a sari or not? When Anirudh came to rescue her, which part of her body did Chandrachur have his hands on? Bondita objects and says that Subodh is trying to scare her witness and speaking ill about her. Subodh says that he hasn’t revealed the truth yet, the witness has not lost her dignity but someone has lost his life.

Bondita motivates Tapur to give her statement and assures her that she is there behind her. Subodh tells the judge that Bondita is trying to pressurize her witness and the judge gives his statement in Subodh’s favor. He gets permission to ask the witness his questions. Subodh asks another series of demeaning questions and tries to scare the witness even more. He doesn’t allow Tapur to speak and goes on creating his own stories. Subodh declares that Anirudh and Chandrachur fought for one woman and the case is not about a woman’s dignity.

Subodh is unstoppable in his trick to see the face of the witness and tries to make Tapur as uncomfortable as possible so that she accepts defeat and reveals her face. Bondita tries her best to object Subodh but luck seems to be on his side today in the court. Subodh is successful in making Tapur awkward and she declares that she does not wish to reveal any truth and goes away from the court. The gate of the court is open and the people go inside. Subodh taunts Bondita that her witnesses flew like a dry leaf and she should also leave the court like them.

Subodh next targets Anirudh and tells him that women can never be equivalent to men and he has successfully managed to defeat his wife. Subodh instigates Anirudh and says that women look beautiful doing house chores and in bed. Anirudh is enraged and attacks Subodh. He threatens to kill Subodh Chatterjee. The judge orders the court to maintain silence in the court. Subodh rests his case and says that Anirudh is crazy and if he can attack him in front of everyone in the court, he can also kill Chandrachur in his madness. Subodh tells the judge about Anirudh’s weird incidents and says that Anirudh fought with Chandrachur that night and killed him.

Bondita says that Subodh is trying to twist the case and is making meaningless stories. Subodh says that she brought false witnesses in the court and Anirudh is a murderer and he should be hanged on Dashami. The judge declares that on the day of Vijayadashami there will be the last hearing on this case and if Bondita is not able to prove Anirudh innocent then the court will give orders to hang Anirudh. Bondita asks for forgiveness from Anirudh but he assures her that she acted bravely and tried to present the truth. Anirudh says that Tapur became weak but Bondita should not get angry at her and nor bring her back to the court.

Bondita says that Tapur’s statement is the only way to save him but Anirudh tries to make her understand that there will be some other way out. He motivates her to find the truth in other ways. Anirudh encourages her to win the case or else a woman will not dare to be equal to men ever in the future. Anirudh asks Bondita to inspire all the women to become barristers. Bondita promises her pati babu that she will find another way to save him and not accept defeat so easily. She assures Anirudh that on this Vijayadashami the truth will triumph. Bondita prays to Maa Durga to help her.

Somnath comes to Bondita and hands over Chandrachur’s stuff returned by the police. Bondita remembers an incident when Chandrachur had spoken about his ring which always safeguards him. Bondita doesn’t find his ring in his belongings and gets a doubt that Chandrachur never parts away from his beloved ring. She decides to keep Chandrachur’s belongings with her and also get records from the police and check properly. Tupur comes there and is scared that Bondita might find the truth. Bondita gets a thought that Chandrachur’s missing ring can prove as a piece of evidence in proving Anirudh innocent.

Reviewed Rating for Barrister Babu 4th October 2021 Written Update New clue: 3/5 This rating is solely based on the opinion of the writer. You may post your own take on the show in the comment section below. 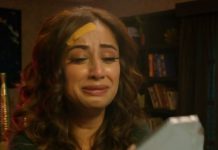 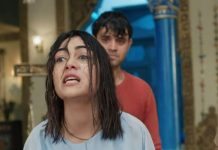 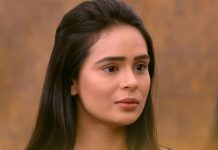