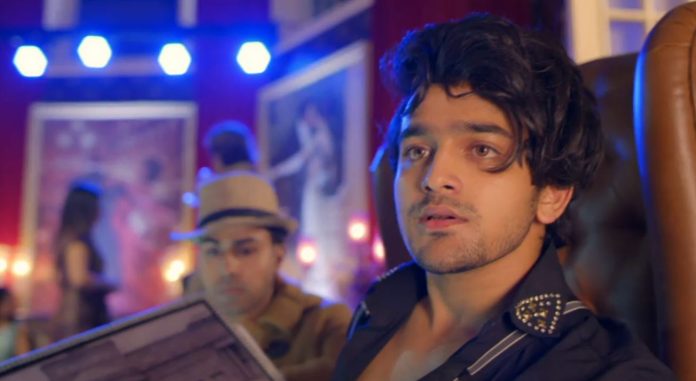 Barrister Babu 13th October 2021 Written Update Batuk returns Anirudh and Bondita have united after crossing the evil traps laid by Chandrachur. They have also ensured that Chandrachur pays for his crimes. They learn a shocking news that Chandrachur has fled with the help of his goons, he escaped from the police and is now free. Anirudh wants his men to find Chandrachur at the earliest, knowing how dangerous he is. Anirudh doesn’t want any trouble for Bondita further. Anirudh and Bondita’s romance is seen. They start their marital life happily and in peace. Trilochan captures Chandrachur to punish him more than the court’s declared punishment. He tortures Chandrachur after knowing his long crime list.

Trilochan wants Chandrachur to cry and beg for his death. On the other hand, Batuk makes a return in the story. He hates Bondita, because of whom his family got shattered. He regards Bondita unlucky. He holds her responsible for all the problems faced by them, and even for Binoy’s madness. Bondita still regards Batuk a good friend. She awaits him at home. She wants Anirudh to call Batuk back from Italy. Batuk doesn’t like to see her face. He hates her, but loves his brother Anirudh a lot.

Batuk will play a negative lead in the show, after Chandrachur and Thakumaa’s parts ended. Batuk will be showcasing grey shades. Trilochan feels insecure when he sees Bondita taking Anirudh’s place in Tulsipur. He is thankful that Bondita has proved Anirudh innocent and saved his life, but doesn’t want her to ruin his future by garnering all the praise for herself. Anirudh thanks Bondita for coming into his life and bringing so many colours, which he never imagined. He applies the colours to her face and thanks her for introducing him to the colours, which he had forgotten for years. Bondita is equally thankful to him that he has fulfilled her dreams and gave her wings of courage and freedom.

She gives the credit of her success to Anirudh. Anirudh isn’t insecure, because she is fulfilling his dreams. Trilochan speaks to Batuk and shares his insecurity about Anirudh and Bondita’s love relation. He tells Batuk that the people are praising Bondita alone, she will go away ahead of Anirudh this way and Anirudh will be left too behind. He fears that Anirudh will lose his identity because of Bondita, who is overshadowing him. Batuk gets angered on Bondita for snatching Anirudh’s deserved place in the village. He tells Trilochan that he is coming to India, he will be soon home to meet Bondita and show her the right place. What will Batuk do on his return? Comment your views on Batuk’s entry. Keep reading.

Batuk hates Bondita, because he had to leave his house forever because of her. He holds her responsible for ruining his family, and creating the enmity between the two villages. He doesn’t know about Chandrachur’s crimes till now, but blames Bondita for the past. Batuk enjoys his life in Italy, but deeply misses his family. His friend asks him to come out of the past. Batuk doesn’t want to tolerate Bondita. Trilochan lies to Anirudh about Chandrachur. He wants special halwa prepared by Bondita. Anirudh tells that he can smell the kheer. Bondita turns them happy by proving them right.

She prepares halwa and kheer as per their likes. Trilochan blesses her. He wants to see her as his house Bahu now, instead as a barrister, who is challenging Anirudh’s place in the society. Bondita gets a widow remarriage case, for which Anirudh encourages her to win and set a new example in the village. He is proud of Bondita. while Trilochan’s perception changes. Trilochan assumes that Bondita is snatching the opportunities from Anirudh, which will ultimately kill their relation. He wants to call up Batuk and take his help for Anirudh. Bondita faces the people’s anger and threat when she reaches the court to fight the widow remarriage case.

Trilochan calls up Batuk to take his help in saving Anirudh from shattering. He feels Anirudh’s ego will be awakened when Bondita wins the cases ahead and makes her successful career. He adds that both Bondita and Anirudh are equally close to his heart, but he wants to support Anirudh. He asks Batuk to come and teach a wife’s duties and values to Bondita. Batuk tells him that he will soon come home and teach Bondita that she is first dutiful towards Anirudh. He wants to bound her at home and halt her progress.

Batuk gets a chance to vent his enmity on her. Bondita argues with the widow’s in-laws, who are against her remarriage. The people protest against Bondita and blacken her face. They further humiliate Bondita and get harsh towards her. Bondita warns them at first that she will get them punished, but later gets too silent to show her tolerance. She returns home after the insult, but is still determined to fight the case. Trilochan doesn’t want Bondita to get involved in a mess. Anirudh tells that its their goal to empower women and support widow remarriage, since every widow has a right to live her life happily. He encourages Bondita to fight the case. She gets hopeful that she will win because of his support.

She recalls the times when Sumati was ill-treated, being a widow, and she couldn’t help Sumati. She now feels empowered to do anything to change the old customs. She wants to use her barristry for the welfare of the society. Trilochan feels Bondita will overshadow Anirudh. Anirudh asks Bondita to prepare for the case battle and to win. Trilochan wants Batuk to return home soon and control Bondita. Batuk promises to make Bondita’s life a hell.

Reviewed Rating for Barrister Babu 13th October 2021 Written Update Batuk returns: 2/5 This rating is solely based on the opinion of the writer. You may post your own take on the show in the comment section below.