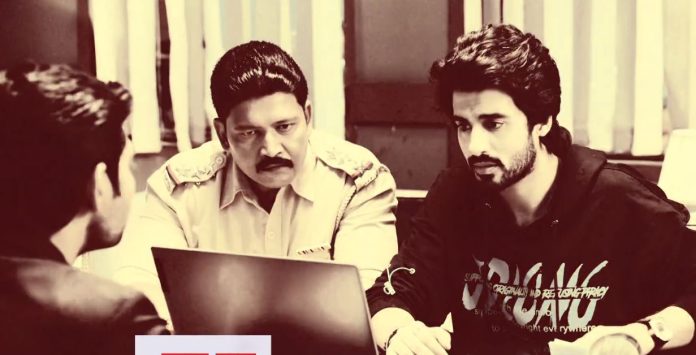 Yeh Hai Chahatein 12th October 2021 Written Update Unexpected Rudra asks everyone to enjoy their picnic. Anvi ignores him when he asks her to enjoy it too. Prisha witnesses this and asks Anvi, is she angry with her and Rudra. Sanya tries stopping Prisha from telling Anvi the real situation, by telling her that Anvi’s dress got ruined so she returned from the party to her house. Sanya takes Anvi away from Prisha. Prisha discusses with Rudra that Anvi is very angry with them. Rudra says to Prisha that he will sing a song and she should dance with Anvi to make her happy.

Rudra announces that he will sing a song for his family, specially Anvi and Saaransh. Rudra starts singing Chak De song from the film Hum Tum. Prisha starts dancing and Anvi joins her. Everyone enjoys and claps for Rudra, Prisha and Anvi. Sanya says that she filled so much poison in Anvi’s heart for Prisha but Anvi forgot everything and is dancing with Prisha. She asks Armaan to do something, otherwise their past days’ hard work of poisoning Anvi’s mind will go in vain. Sanya also says that if they don’t stop Prisha and Anvi, Prisha will make Anvi and Saaransh friends.

Armaan asks Saaransh why he is not dancing. He intentionally sends Saaransh to dance with Prisha. Saaransh too joins Anvi and Prisha. This makes Anvi insecure and angry. Saaransh asks Rudra to sing their family song. Rudra sings “Will You Marry Me”. Saaransh dances with Prisha on the song like earlier. Anvi returns to Sanya and Sanya tries to instigate Anvi more. Armaan too joins Sanya in instigating Anvi by saying that Prisha intentionally calls Anvi to her to hurt her more. She says that Prisha was only acting with Anvi and is now happily dancing with Saaransh.

Armaan puts fuel in the fire by saying that Prisha doesn’t consider Anvi her family, that’s why she is dancing with Saaransh on their family song. Sanya says why Saaransh came in between Anvi and Prisha’s dance. She makes Anvi recall the cartoon in which a person fights with his enemy and kills him by hitting the enemy with the car. Indirectly, Sanya gives Anvi an evil idea to get Prisha back by killing Saaransh. Anvi gets more angry by seeing Rudra, Prisha and Saaransh’s happy family. Rudra calls everyone for a basketball game. Rudra decides to help Saaransh while Prisha decides to help Anvi.

Everyone starts playing Basketball. Both teams play very energetically. Saaransh makes Sanya angry by calling her aunty. Both teams got stuck on a tie breaker. Both kids decide to do planning with their teams. Armaan makes Prisha fall but Rudra saves her. Rudra, Anvi and Prisha’s team wins. Rudra, Prisha, GPS and Saaransh hug each other in enjoyment. Sanya and Armaan take advantage of the situation to instigate Anvi more. Armaan tells Anvi that Sanya was right, as Rudra and Prisha do everything to hurt her only. He says to Anvi that Rudra and Prisha forgot her on winning the match.

Sanya puts fuel in the fire by saying that Rudra and Prisha won with Anvi’s help but are celebrating victory with Saaransh only. Armaan increases Anvi’s anger and insecurity by saying that Saaransh is the only problem/hurdle between Anvi and Prisha. He indirectly tells Anvi, she would have been happy if Saaransh was not present. Vasudha and Sharda tease GPS. Anvi’s insecurity increases when elders praise Saaransh for playing basketball well. Anvi starts thinking that everyone just loves Saaransh not her.

Sharda gets scared and shouts seeing Saaransh about to get hit by a car. Everyone runs in Sharda’s voice direction. Sharda runs to save Saaransh. On the other side, Rudra and Prisha are seen in a comic and romantic mood. Everyone including Rudra and Prisha runs towards Saaransh. Sharda saves Saaransh by pushing him aside but herself gets hit by the car. Car stops through another stone. Everyone tries to wake up Sharda. Prisha checks Sharda and gets tensed knowing that her pulse is getting weak.

In the next episode, Anvi will apologize to Armaan and say that she will tell the truth to Prisha that she tried to hurt Saaransh. Sharda will be taken to the hospital. Armaan will take the owner of the car to Rudra. Rudra asks the Inspector to arrest the owner. Inspector will tell Rudra that he will first check the CCTV cameras. Rudra and the Inspector will visit the resort and check the CCTV footage. Will Armaan and Avni’s truth get revealed? Keep reading.

Reviewed Rating for Yeh Hai Chahatein 12th October 2021 Written Update Unexpected: 5/5 This rating is solely based on the opinion of the writer. You may post your own take on the show in the comment section below.