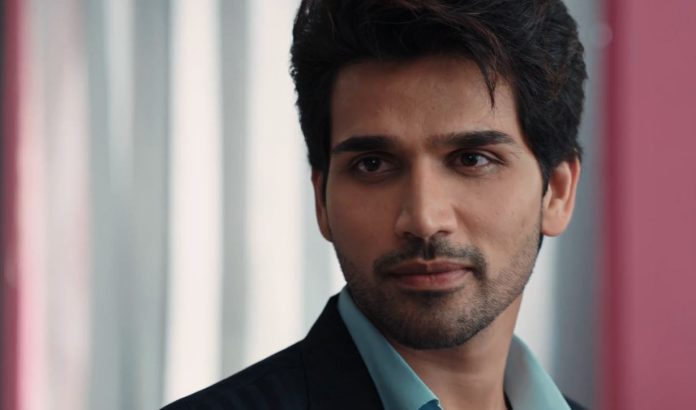 Yeh Hai Chahatein 14th October 2021 Written Update Armaan’s new plot Prisha brings food for Rudra to eat. Rudra refuses to eat. Prisha says she will eat. Rudra asks how he feels like eating seeing Sharda’s condition. Nurse comes to check on Sharda. Prisha asks the nurse to get one more bed ready near Sharda. She says she will need it to admit Rudra as it will become easy for her to take care of Rudra and Sharda together. Nurse smiles and says yes. Rudra says to Prisha, that she knows how to convince people. She makes Rudra eat and explains to him that they need to be strong and positive for Sharda.

Nurse calls the doctor to come fast as Sharda’s health is deteriorating. Nurse sends Rudra and Prisha outside. Digvijay too gets to know about it. He scares Armaan by informing him about Sharda’s deteriorating health. Armaan informs the same to Sanya and they discuss that Sharda may not survive. Anvi overhears them and questions Armaan will Sharda really die. She asks Armaan to take her to Prisha as she wants to tell her the truth. Armaan asks if she wants to make Prisha sad. Sanya says to Anvi that she and Armaan will handle everything.

Anvi does listen to them and runs to tell the truth to Prisha. Sanya asks Armaan to stop Anvi as if she reveals the truth to Prisha, a case will be made on them. On the other side, Rudra and Prisha are tensed seeing Sharda’s deteriorating condition. Scared Digivijay asks God to save Sharda. Anvi keeps running on the road saying she wants to tell Prisha the truth. At the hospital, the doctor informs Rudra and Prisha that Sharda is safe now. Rudra says to Prisha that he will never forgive the person who tried to hurt his mother. Anvi reaches there and says she has hurt Sharda. She also tells that due to her Sharda got hit by the car.

Prisha asks Anvi why she is saying all this. She asks how she can do this to her grandmother. Anvi says she did it by mistake. She tells Prisha the whole story that she planned this accident for Saaransh. Prisha asks why she wanted to hurt Saaransh. Anvi replies that she hates Saaransh as Prisha forgot her since Saaransh returned. She also tells Prisha that she loves only Saaransh and pretends to love her. Anvi further says to Prisha that she thought Saaransh will walk again after the accident just like it is shown in the cartoon.

Prisha explains to Anvi that in real life nothing happens like it is shown in cartoons. Anvi says she just wanted to separate Prisha and Saaransh. Armaan comes from behind saying he is too shocked to learn this. He says he brought Anvi just when he learned about it. He pretends to be unaware of everything and says maybe Anvi is telling the truth. Armaan also says it’s good they got to know the truth, they can’t forgive Anvi for what she did being emotional. He says he will take Anvi to the police station where she will accept the truth. Armaan also says Anvi will go to juvenile center to receive punishment.

Prisha asks Armaan how he can say all this. Armaan says this time he cannot forgive Anvi. Rudra stops Armaan from taking Anvi. Prisha says Anvi needs mental health therapy. Rudra and Prisha explain to Armaan that they don’t need to send Anvi to juvenile home as this way her hate for Saaransh may grow. They further explain to Armaan that in the Juvenile home Anvi may get in bad company. Armaan pretends to fake concern for Saaransh. Rudra and Prisha decide to close the matter and forgive Anvi.

Rudra asks Anvi if she is angry with him. Anvi says no she isn’t angry. She hugs Rudra and says she will never repeat her mistake. She apologizes to Rudra. Rudra asks Prisha to make Anvi eat something. Anvi apologizes to Prisha too. Prisha takes Anvi to have something. Armaan recalls how he convinced Anvi to tell Prisha the truth his way. He thinks he succeeded in showing Prisha that he is an ideal man. Rudra asks if Anvi did Sharda’s accident then who deleted the CCTV footage? He asks Armaan if he deleted the CCTV footage?

He tells Armaan that the person who deleted CCTV footage looked like him. Armaan says initially he tried to hide Anvi’s crime. He further tells Rudra that when he got to know that Anvi purposefully tried to hurt Saaransh, he couldn’t stop himself from revealing the truth to him and Prisha. Armaan pretends to be innocent and thanks Rudra for forgiving Anvi. Rudra says he did it only for Anvi, he would have punished the person if it would have been someone else. Armaan leaves, thanking Rudra.

Rudra goes to the cafe and sees Prisha crying and feeling bad. Prisha says she didn’t know about how angry and impulsive Anvi was becoming. She discusses with Rudra how in this small age, Anvi thought of hitting Saaransh with a car. She says Anvi told her that she was feeling alone and jealous since Saaransh returned. Prisha blames herself for the situation and the crime Anvi committed. She says she should have handled Anvi beforehand. Rudra asks Prisha to not blame herself. Prisha says Anvi would have got insecure thinking she may leave her too like Sanya left her.

Prisha says Anvi’s heart may have been affected deeply. Rudra explains to Prisha that she has done a lot for Anvi even more than what her own parents would have done. He tells Prisha that he understands her that she has responsibility of Anvi and Saaransh both. Rudra says to Prisha that he doubts that there was some adult’s brain behind the crime committed by Anvi. Prisha says now she will make Anvi realize that she loves her and Saaransh equally. She further says that she will make Anvi friends with Saaransh.

Nurse informs Prisha and Rudra that Sharad has woken up from unconsciousness and needs to be under observation for three days. Prisha and Rudra are seen taking care of Sharda all these three days. Doctor says that Sharda has recovered very well. He allows Sharda to return home the next day. Rudra and Prisha get happy. In the next episode, Mr. Ahuja will inform Rudra that he has to leave for the concert the next day. Armaan will be seen packing his stuff. Digvijay will question him and Armaan replies that he is leaving for Shimla for a reason. Armaan and Rudra-Prisha will see each other in Shimla. They will ask each other what they are doing in Shimla. Armaan will answer that he came to Shimla because of Prisha, she did some magic. Rudra is shocked to hear this.

Reviewed Rating for Yeh Hai Chahatein 14th October 2021 Written Update Armaan’s new plot: 3/5 This rating is solely based on the opinion of the writer. You may post your own take on the show in the comment section below.