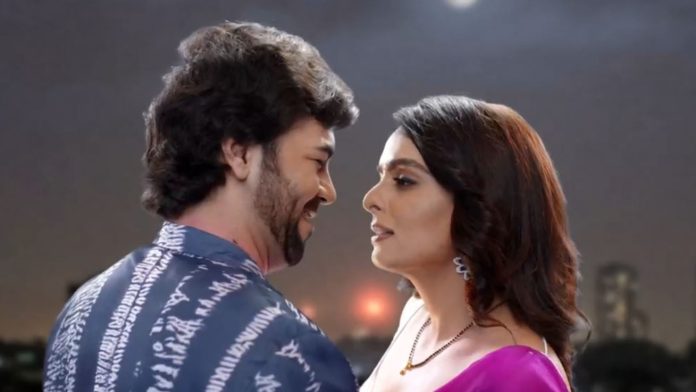 Kundali Bhagya 18th October 2021 Written Update Twisted Prithvi keeps a watch on Preeta and Shrishti to know their plans. He follows them to the doctor’s house and takes a step in advance to fail them. He takes a disguise of a security guard. After Preeta, Sameer and Shrishti leave, Prithvi comes out. He goes to meet the doctor and threatens him. He forces the doctor to follow his orders, if he wants his son to be save. He tells that he can easily kidnap his son from the school if the doctor dares to expose Sandeep’s fraud. He asks the doctor not to act smart or cheat him, else his son will disappear from the school. He asks him not to think of cheating him. He shows that that he is too dangerous. The doctor gets scared of him and begs him to not harm his son. Preeta and Shrishti head to Sarla’s house.

They meet Sarla and Karan there. Preeta tells that though they failed in getting an evidence against Sandeep, they will do anything to get Rishabh released. She tells that they are together, they will find some way out. She finds Karan tensed for Rishabh. She promises Karan that she will soon get Rishabh bailed out. Karan just wants his brother home. What will Preeta do to prove Rishabh innocent? Keep reading for a full update.

Prithvi threatens Dr. Shashank about his son he tells that his son can get kidnapped and anything can happen if he acts smart. Dr. Shashank gets helpless. He cries after Prithvi leaves. Prithvi gets glad that he got to know Preeta’s plan from his sweet wife Kritika. He has fooled Kritika by acting so concerned for Rishabh and Luthra family. He makes her believe that he loves her family as equally as she does. He tells her that they are one family, he loves her brothers as much as she does.

He tells her that he has accepted her family as his family. He adds that Rishabh and Karan haven’t accepted him. She finds him a big-hearted person. Prithvi tells that he is worried for Rishabh. She tells him about Preeta’s plans. He asks her to share the plan with him, but its fine if she doesn’t want to reveal the secret. He tells her that he has accepted the family, but he is always differentiated. She tells him the entire plan. He gets alert by learning everything. Kritika tells that Sandeep’s lie can be caught if Preeta meets his doctor and takes his testimony. She tells that the doctor’s statement can save Rishabh.

He tells that Preeta’s plan is superb. He acts to wish the best for Rishabh. After the flashback, he rejoices on his victory. He goes home to meet Sandeep. He finds Kritika finding out Sandeep’s background. She finds Sandeep’s faults by checking the files. He tells her that he is feeling helpless that he isn’t able to do anything for Rishabh. He asks her not to worry much. He distracts her. Sherlyn keeps a watch at them. She catches Prithvi pleasing Kritika. She gets angered seeing their hug. Prithvi lies to Kritika that he is going to meet a big lawyer for Rishabh’s case. Kritika wishes him good luck.

He tells that he will get Rishabh freed. On the other hand, Preeta and Shrishti are much tensed for Mahesh and Rakhi’s tensions. Preeta tells that she is feeling helpless and directionless. She doesn’t know how she can get Rishabh home. They meet their lawyer. They learn that the case is too complicated, and bail isn’t possible. The lawyer adds that they are trying their best to work out. Preeta keeps hope. Shrishti asks her to meet Sarla. Prithvi heads to meet Sherlyn. She vents anger on him, after all she has seen him with Kritika. She stops him at the door. Prithvi goes to hug her to calm her anger. She reprimands him for cheating her. She tells that Rishabh hates her because of Prithvi. She admits that she just loves Prithvi, but he isn’t staying loyal to her. She counts her sacrifices for him.

He tells her that she knows it well that he loves her. He states how Rishabh had ruined their lives, Rishabh shattered him, but it was just Sherlyn who handled him and encouraged him to take revenge. He explains that they are mad for each other, their madness got them to this point in life. She hurts him in anger. She tells that she wants to kill him. He likes her jealousy and anger. She slaps him in rage. He begins his charming talks to convince her.

He tells her that he has given the flower to Kritika to fool her, because Kritika has helped them a lot by revealing Preeta’s plans. She asks him not to anger her ever. He doesn’t care for Sherlyn’s threatening. She tells that she will not get ruined again, she will expose him as well if she gets exposed. She mentions that she is dangerous for everyone. Karan, Preeta and Sameer come home with Shrishti to meet Sarla. Sarla encourages them to stay firm on their decision and fight for Rishabh. Preeta tells that she is finding happiness, by finding a way to help Rishabh.

Karan tells Sarla that Dr. Shashank has confirmed that Sandeep is really serious. Sarla reminds Preeta that she should never lose hope. Preeta remembers Sarla’s teachings. She tells that she didn’t lose her courage. Karan tells that he will also learn the same. Sarla asks them to stay strong, instead getting upset. She motivates them to free Rishabh from the jail. Karan tells that he loves Rishabh a lot. Preeta asks him to keep courage and make the problem look feeble.

She tells that they are united and they can achieve their goal of Rishabh’s freedom. Sarla tells that Matarani will bless them in Navrati. She asks them to go to the court and find a solution. She blesses Karan and Preeta. Preeta returns to Luthra house. She finds Rakhi praying in pain for Rishabh. She wants Rakhi’s prayers to get answered. She can feel a mother’s pain. She tells Rakhi that she was praying the same, Rishabh will come home soon. Prithvi reaches the court to get an entertainment dose.

He sees the family in tears. He wants Preeta to encourage them, and Sherlyn to present a drama. He gets peace seeing Rishabh and Karan in tension. Rishabh is brought to the court, where he meets Rakhi and family. He assures her that he will come home with her. Rakhi acts strong in front of him. She tells that she couldn’t save him from the mess. She apologizes. He asks her not to blame herself.

Rishabh tells that Rakhi has taught him to keep courage. He consoles Rakhi. He gives an angry stare to Sherlyn. Prithvi asks Rakhi not to cry, things will get fine. He wishes Rishabh to get a death sentence. The court hearing begins with Rishabh getting the attempt to murder charged posed on him. Rishabh’s lawyer defends him. Sherlyn is glad that she will finally get rid of Rishabh. Rishabh gets accused for trying to murder Sandeep just for the sake of 10 lakhs. Preeta defends Rishabh that he can never hurt anyone, Sandeep’s injuries aren’t so serious as its projected.

Preeta’s statement isn’t considered in the court because she belongs to Luthra family. Sandeep’s lawyer tells that Sandeep’s condition is really critical, he will come to the court and give the statement against Rishabh. He calls Dr. Shashank as well. Prithvi wants Rishabh to get punished. He scares Dr. Shashank, who testifies against Rishabh in the court. Rishabh’s lawyer questions Dr. Shashank about Sandeep’s partial recovery. Sandeep’s lawyer tells that Rishabh failed in killing Sandeep. Sandeep appears in the court. He tells that he lost everything because of Rishabh, he is the only earning person in his family, Rishabh snatched his well-being and everything.

Rishabh gets badly framed in the case. The family gets worried for him. The lawyer presents the cctv footage, where Rishabh isn’t seen clearly. Judge still declares Rishabh guilty. Sameer informs Preeta that Karan has left for Pune, he has gone to get an evidence for Rishabh’s innocence. Preeta assures Rakhi that she will not lose hope, she will keep trying to help Rishabh. Rakhi asks her not to give her false hopes, her faith is breaking down. She asks Preeta not to interfere in Rishabh’s case. Keep reading.

Reviewed Rating for Kundali Bhagya 18th October 2021 Written Update Twisted: 3/5 This rating is solely based on the opinion of the writer. You may post your own take on the show in the comment section below.