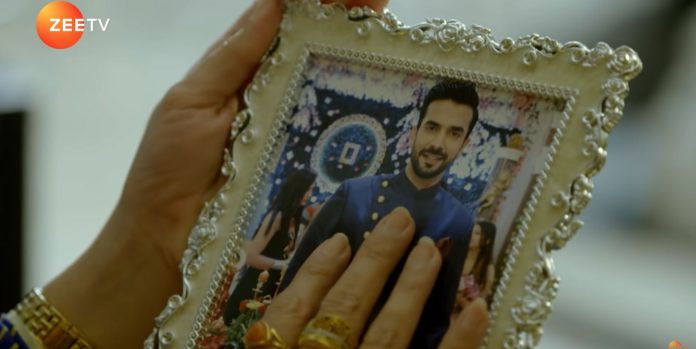 Kundali Bhagya 20th October 2021 Written Update New start Preeta runs into Sandeep in the market. Sandeep tricks her and makes her think that she has seen someone else. Preeta still thinks that she has seen Sandeep only. She shares her doubts with Sarla, who asks her to visit the hospital and meet Sandeep. Sarla tells that there is no harm in verifying just to end her doubt, it can result in two things, either her doubt will get cleared, or she will find a big clue for Rishabh’s innocence if Sandeep is really wrong. She asks Preeta to go to the hospital and check if Sandeep is present in his ward or not, if Sandeep isn’t there, then it would mean that Preeta has really seen him in the market.

Preeta thanks Sarla for the guidance. She tells that she will go right away. Sandeep knows that Preeta will not get fooled so easily, she is smart and will rather come to check on him. He rushes back to the hospital and takes the patient’s clothes. He changes and sits on the wheelchair again. He asks Sudeepa to be with him. Preeta arrives there and finds him in his ward. Sandeep asks her how did she come. She confronts him for visiting the market, and running away on his own foot. Sandeep denies the truth. He tells that he didn’t move from his ward. Preeta suspects him. She makes a new start to find out the truth. She hopes that Karan gets some information from the lawyer’s aide.

On the other hand, Kareena, Sherlyn and Bani make a team against Preeta. The entire family awaits Karan’s return. Kareena insults Preeta and gets a befitting reply back. She herself feels demeaned by Preeta. She threatens Preeta that she will complain to Karan and teach her a good lesson. Preeta cries and gets Shrishti’s sympathy. Shrishti gets angry on Kareena, who can never appreciate Preeta’s efforts. Shrishti consoles Preeta. Kareena tells that Karan loves his family a lot, and would give them priority over Preeta. Keep reading.

Earlier in the show, Sherlyn thinks Rakhi is crying as if Rishabh is dead. She asks Rakhi to keep hope. Rakhi wants her answers. Sherlyn is happy that Rishabh is away. She thinks to have some sweets and celebrate. Sandeep takes Sudeepa out to have chaat. He thinks Luthras won’t keep an eye on him now. Preeta and Sameer are also in the same market. Sandeep sees Preeta there. He gets away from there. Preeta also sees Sandeep. She tells Sameer to take care of Pihu. Preeta finds Sandeep running away. She catches his huge lie that he can’t even walk. Sandeep hides from her. She catches someone else. She gets mistaken. Shrishti and Sarla plan to welcome Pihu home.

Sarla asks Preeta to go and check Sandeep at the hospital, else the doubt will make her restless. Sameer tells that this thing can go against them in the court. Preeta tells that they have to take a risk to gain something, she has to check once. She asks Sameer to take Pihu home. Pihu tells that she wants to stay with Sarla. Sameer asks her not to worry for Pihu. Shrishti tells that she will accompany Preeta. Preeta hopes that she doesn’t find Sandeep there. Sameer asks them to take care. Preeta and Shrishti reach the hospital and enquire about Sandeep. They learn that Sandeep is still in his room.

Shrishti asks Preeta to treat Sandeep and come back soon. Preeta tells that Sandeep is her patient. Shrishti engages the nurse in her talks. Preeta doesn’t find Sandeep in his ward. She calls up Shrishti to inform her. She tells that she is shocked that Sandeep isn’t on his bed. She gets happy with her find, until she sees Sandeep there. She asks him about his visit to the market. Sandeep asks her if she is lying. She tells that she has seen him there, he is fit and fine to walk on his own. He tells that he is still bedridden, he went for a round to feel better. Preeta knows that he is lying.

Kareena and Bani are upset by the people’s taunts on Rishabh and Luthras. Preeta and Shrishti come home without Pihu. Kareena asks her why did she send Pihu with Sameer, when Pihu is her responsibility. Preeta tells Kareena that she got busy in finding Sandeep’s truth. Kareena thinks its just an excuse, Preeta had gone out with Shrishti to have fun. Bani scolds Preeta. Shrishti asks Bani not to lecture Preeta. She asks Preeta to let her defend her. She knows that Preeta is also affected by the happening. Kareena tells that they both are best in fake acting.

Preeta explains that she had gone to find a clue for Rishabh’s case. Kareena asks her not to show fake respect by disrespecting them. Bani taunts Preeta on her values. Shrishti argues with Bani. Bani insults their upbringing. Preeta doesn’t know why they always bring Sarla in between. Kareena asks Preeta how dare she argues with Bani. She goes on insulting Preeta and Shrishti. She puts the entire blame on Preeta. Preeta stops Shrishti from dragging the matter. Moreover, Prithvi gets disturbed by Sandeep’s calls. He tells that he will come to give the money. He asks Sandeep not to call again.

Sandeep isn’t sure if Prithvi will pay him the money. Prithvi thinks to arrange money by cheating in Rishabh’s company in his absence. He wants to give some money to Sandeep and then keep the bonus for himself. Preeta asks Shrishti not to get so angry. She tells that Kareena and Bani are family. Shrishti tells that they will never understand anything. She feels Kareena is still the same, even Bani has lost her mind, their nature is such that they always criticize Preeta. She asks Preeta not to tolerate their nonsense, else they will create fights between Karan and her. Preeta doesn’t think this can happen. Shrishti tells that they didn’t accept her heartily. She feels Luthras should thank Preeta. Preeta tells that she also answers them back sometimes. She asks Shrishti to stay back with her if she can stay silent. She tells that she has to meet Rishabh. Keep reading.

Reviewed Rating for Kundali Bhagya 20th October 2021 Written Update New start: 3/5 This rating is solely based on the opinion of the writer. You may post your own take on the show in the comment section below.