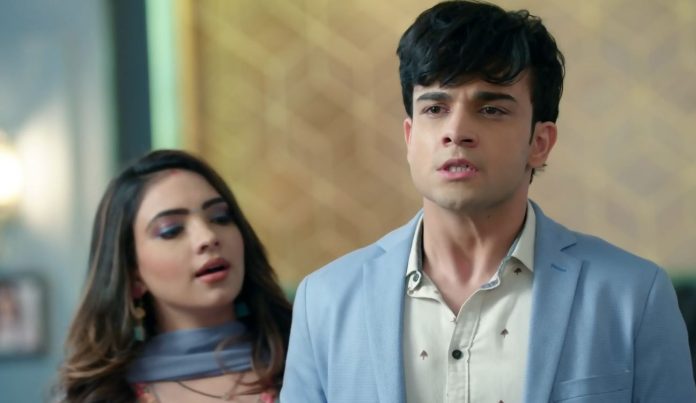 Kumkum Bhagya 15th November 2021 Written Update Wicked twist Prachi dreams of Ranbir stopping her and reconciling with her. She wishes that Ranbir never told all these bitter things to her. Prachi cries a lot when Ranbir comes there and still accuses her for the illegitimate affair. Ranbir asks Prachi to not waste time and just get away from his sight. He hates to tolerate her in the house, in his room and in his life. He asks Prachi to never come back to show her face which will remind him the cheat. He wants to forget Prachi. Prachi tells him that she feels this is like a dream, if this isn’t a dream, then maybe the two years they lived together in their marriage is a dream.

Ranbir tells that they can love each other in their dream, but he got cheated by her in reality. He regrets that she ruined their beautiful love, which fell short for her. On the other hand, Pallavi does the last right rituals for Siddharth. He stops her on seeing her pour the water on her head, wearing white clothes. She tells him that she is doing the rituals to end her relation with him. She declares that he has no relation with the family now, and asks him to leave, along with Prachi.

Ranbir and Rhea oust Siddharth and Prachi from the house, without listening to Siddharth’s clarification. Siddharth has found out Aaliya’s crime, but Rhea doesn’t let him say anything. Prachi steps out of the house. Ranbir feels heartbroken seeing Prachi leave, but Rhea gets her wicked smile. Rhea sees Ranbir lonely and devastated. She thinks she can easily win Ranbir now in Prachi and Siddharth’s absence. Keep reading.

Reviewed Rating for Kumkum Bhagya 15th November 2021 Written Update Wicked twist: 1/5 This rating is solely based on the opinion of the writer. You may post your own take on the show in the comment section below.