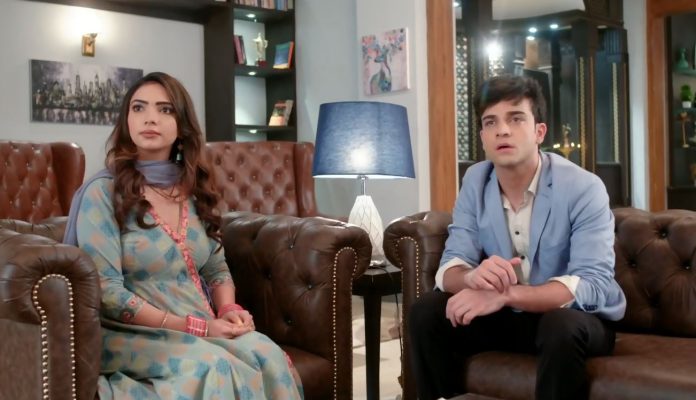 Kumkum Bhagya 16th November 2021 Written Update Wedding leap Prachi packs her bags and hopes from Ranbir that he will stop her. Ranbir asks Prachi to stop. She looks at him with high hopes, which soon break. He asks her to shut the door and leave. Siddharth tries to see Aaliya’s face in the cctv footage. He finds Aaliya behind. He doesn’t want her to run away. Aaliya gets alert and runs from there. Siddharth looks for her. Siddharth scolds the hotel staff. Aaliya hides her face and leaves from there. Siddharth thinks the hotel manager is helping Aaliya. He leaves for home. The manager tells Aaliya that he didn’t show the right footage to Siddharth.

He tells that she had helped him before and now he returned the favor. She is glad that Rhea has won, and now Prachi will be out of Ranbir’s life. Prachi reminds Ranbir their love. She tells him that her happiness, sorrow and relations are just with him, she can’t live without him, but still he abandoned her without thinking about her. She asks him if he ever loved her or not. He tells that he really loved her, but she ruined everything by her deceive. He tells that her cheat is the reality of their relation.

She tells that she is still the same, but he changed because of his doubt. She asks him how did he lose his faith on her love. She begs him to stand by her in the test of love. She tells that she won’t have anything left in her life when she leaves his house. She asks him to stop her once, and she will not go anywhere. He hugs her and cries. His dream ends. He finds Prachi leaving the house. Siddharth comes home and finds Vikram and Pallavi doing the rituals and declaring him dead for the family. Pallavi yells at him and cuts off ties with him.

Vikram rebukes him for cheating Rhea, by making an illegitimate affair with Ranbir’s wife. He slaps Siddharth in anger. Siddharth tries hard to explain, but none gives him a chance to speak up. Vikram tells Siddharth that he has failed in keeping any relation. Rhea is happy to see Siddharth thrown out of the house. He asks them to believe him, he didn’t cheat anyone. Pallavi humiliates him and asks him to get out. Siddharth asks Pallavi to believe him once. Pallavi calls him a devil. She tells that she was wrong to give her son’s place to him.

She blames him for ruining Ranbir’s happy family. Dida feels sorry for Siddharth as well. Siddharth leaves the house. Rhea finds Prachi leaving. Ranbir doesn’t stop Prachi. He goes to his room and cries. Rhea ends ties with Prachi. She asks Prachi to leave the house without saying a word. She accuses Prachi for snatching her husband. Prachi bears Rhea’s hatred. Prachi is heartbroken. She recalls her marriage with Ranbir. Ranbir is also shattered. Rhea finds Ranbir in tears and goes to console him.

She tells him that she can understand his pain, because they both got cheated. She tells that Siddharth and Prachi have left the house. Ranbir runs to see Prachi. She tells that Siddharth and Prachi will have their happy family now. Ranbir stops and believes Rhea. Pallavi suggests that Ranbir and Rhea unite by the relation of marriage. She wants to get them married, so that they complete each other. Rhea is very happy with Pallavi’s decision, while Ranbir is in shock. The show is going to take a short leap in the coming track. Ranbir and Prachi get separated, and he gets married to Rhea. Hopefully, Abhi and Pragya come out of the coma till then. Keep reading.

Reviewed Rating for Kumkum Bhagya 16th November 2021 Written Update Wedding leap: 1/5 This rating is solely based on the opinion of the writer. You may post your own take on the show in the comment section below.