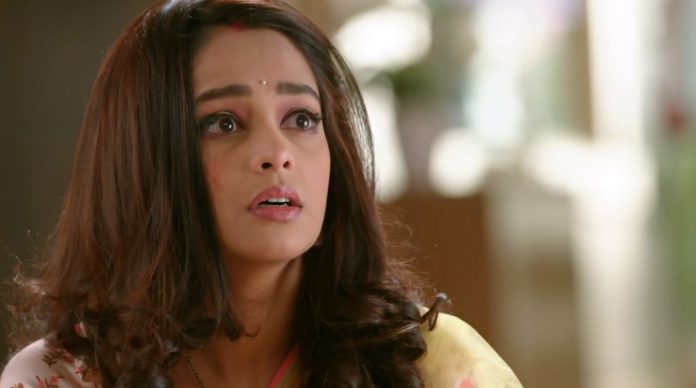 Kumkum Bhagya Prachi new makeover 21st November 2021 Ranbir sees his bleeding hand. He ties the cloth to the wound to stop the bleeding. He is hurt and thinks of Prachi when he sees the rains. The rains remind him of their lovely moment when Prachi confessed love to him. Prachi too misses Ranbir and thinks of him when she gets under the rains. Both of them stay in much pain of sorrowful separation. Prachi still loves the rains, while Ranbir shouts his hatred for the rains. She tells that she still misses Ranbir, but does he miss her. Ranbir doesn’t want to miss her, because she cheated him. He tells that she had cheated him in love, he hates her, her name and her love. He doesn’t want to see her ever.

Sushma wants to take Prachi away from her past, so that she can make her good future. She wants a change in Prachi’s life, to help her forget the past memories and make new good memories. Sushma wishes her betterment. She finds Prachi in her memories. Prachi tells that memories never change, the memories never let you fall alone. She feels one can run away from the past, but not the memories. She still has good memories of Ranbir. Ranbir doesn’t think he has seen Prachi at the temple. He doesn’t want to think about her. He wonders why isn’t he able to stop himself from his thoughts. Shiv meets Pallavi and Ranbir.

Shiv tells that he has come to pick Ranbir, because they are going to the same destination, their office. Ranbir asks him why did he not call him before coming. He doesn’t like anyone involving him. He asks Shiv to come in a bus. Shiv asks Ranbir why did he wear goggles at home, when there is no sunlight. He asks if Ranbir is hiding his sleepy eyes. Ranbir is actually hiding his tearful eyes.

Ranbir scolds Shiv. Rhea hands over his wallet, saying he forgot it in his room. He asks her if she had gone to his room in his absence. He clears to her that he doesn’t like anyone entering his room. Prachi will be seen in a new makeover look, and coming across Ranbir as a strong and focussed businesswoman. Will she stay strong in front of Ranbir, and lose out? How will their lives take a turn? Keep reading.

Reviewed Rating for Kumkum Bhagya Prachi new makeover 22nd November 2021: 3/5 This rating is solely based on the opinion of the writer. You may post your own take on the show in the comment section below.