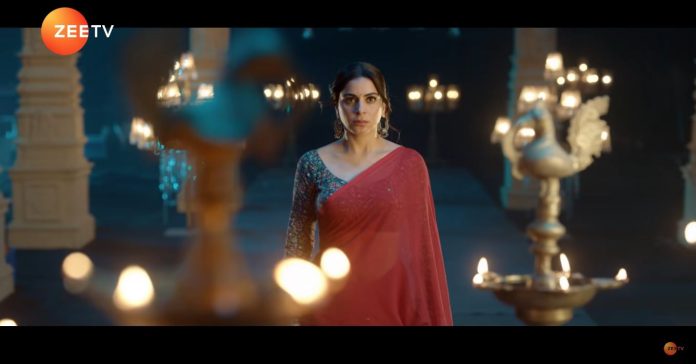 Kundali Bhagya Leap Promo Preeta returns 14th Dec 2021 Preeta returns to the Luthra mansion after two years, with fire blazing in her eyes, to get back her lost rights. She tells that its her house and her family, she has come back as a Devi avatar. She challenges Prithvi that she is ready for any battle to get back her family. Prithvi tells her that she will never have any place in the Luthra family as she never belonged there. He is the head of the Luthra family now, while Karan gets sidelined. Sherlyn and Prithvi get back their grip on the entire Luthra house. She tells that her family is her right, she wants to get them back.

Karan watches Preeta silently. Preeta fights the family for the sake of the family itself. Her struggles begin. She wants to make a place for herself in the family. Its really weird to see Prithvi leading the Luthra family, and all of them foolishly obeying him. Seems the family forgot his criminal plotting against Rishabh. The leap promo beings a strong bold Preeta back in the Luthra family. Preeta is seen getting tense on seeing Karan in front of her, while the latter stares her with hatred. The new leap of two years seems to bring an interesting storyline. Wonder where is the evil Sonakshi, since she is missing in the promo.

Earlier in the track, Everyone asks Preeta about Pihu. Preeta tells them that Pihu will never come home. She goes to Sonakshi and finds her doing a drama. She confronts Sonakshi for doing so wrong with a little girl. She asks Sonakshi why did she get Pihu killed. The family is shocked to know that Pihu is dead. They can’t tolerate this shock. Preeta gives them the shocking news of Pihu’s accident and death. The Luthras are shattered on knowing this. Karan asks Preeta what is she saying and why. Preeta tells Karan that Sonakshi got Pihu killed. She exposes Sonakshi’s evil truth that the latter plotted the deadly accident

Reviewed Rating for Kundali Bhagya Leap Promo Preeta returns 14th Dec 2021: 4/5 This rating is solely based on the opinion of the writer. You may post your own take on the show in the comment section below.