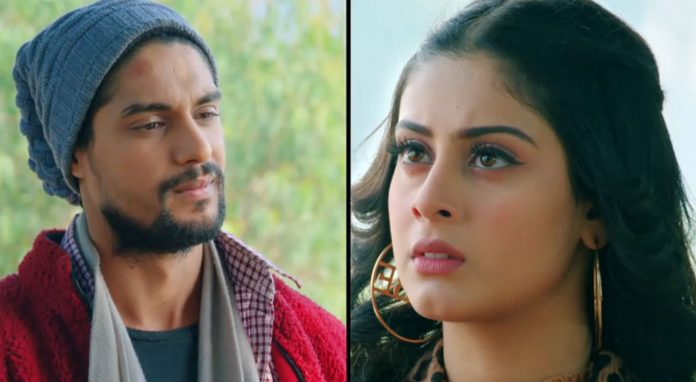 Udaariyaan 28th December 2021 Written Update Fateh’s trap Fateh wants Jasmin to leave the city and go really far from Tejo. She tells that she has enough money to live her life. He asks her to live her life and buy happiness for herself. She replies that she will fulfill her revenge on Tejo somehow. Fateh thinks Jasmin didn’t change a bit. He feels foolish to love a girl like Jasmin. He is angry on herself for leaving his wife and family for the sake of Jasmin’s blind love. He claims that he will always pose as a shield for Tejo. He tells that he isn’t scared of bringing his truth in front of Tejo.

Later, Tejo tells Angad that he can give a stable life to Riya if he gets married, he and his wife can become Riya’s family. Angad tells Tejo that he has someone in consideration for marriage. He means to hint her about his love. Angad thinks its time he should propose Tejo. Fateh meets the photographer who works for Jasmin and the lawyer. He acts as a client and wants to meet Jasmin. He wants to trap her in her own plan, like she frames the lawyer’s clients.

Jasmin learns about the same client who would be paying her a lot. She goes to meet him at the dhaba, unaware that the client is Fateh in disguise. Fateh and Jasmin dance at the dhaba, while Jasmin tries to get the task fulfilled, not realizing that she has fallen prey to Fateh’s plan. Will Angad propose Tejo for marriage? Will Tejo accept his proposal? Will Jasmin fall in Fateh’s plan? Keep reading.

Earlier in the show, Angad and Tejo learn that Riya is alone at home and rush for home. Fateh takes Jasmin with her to make her away from Tejo. Jasmin tells him that she will not leave Tejo, she will take her revenge. Fateh knew it. He tells that he has always protected Tejo, he will protect her in future also. He adds that he was really foolish to love a bad person like Jasmin. Jasmin claims her love for Fateh and asks him to fake a happy relation in front of Tejo so that Tejo moves on with Angad. He threatens to tell Tejo the entire truth of their fake marriage if she dares hurt Tejo.

Reviewed Rating for Udaariyaan 28th December 2021 Written Update Fateh’s trap: 5/5 This rating is solely based on the opinion of the writer. You may post your own take on the show in the comment section below.