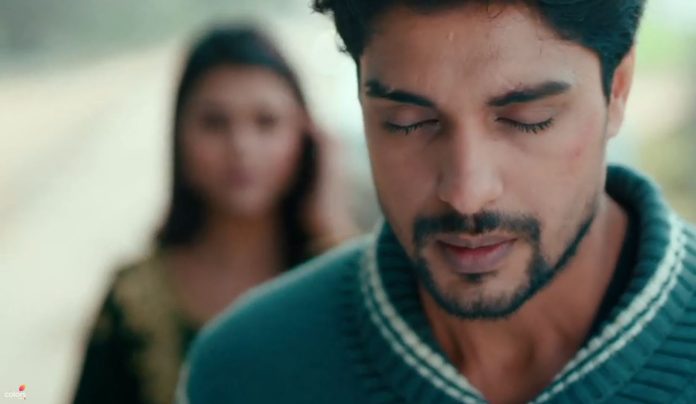 Udaariyaan 24th January 2022 Written Update Fatejo’s sacrifice Fateh scares Jasmin by planting a dummy in front of her car. He tells her that everyone gets scared, its not always the mistake of the person who drives the car. He asks her to stop scaring Amrik. Jasmin laughs seeing him terrified for his brother’s sake. She asks him to marry her if he wants to save Amrik. She tells that he reminded her of her old Fateh who used to come running to meet her. He tells that she killed that old Fateh, who now wishes to kill her. Rupy vents out his anger and sorrow. He tells Tejo that he is ashamed, he doesn’t want to live his life.

He tells that Jasmin is doing too wrong with Amrik. He asks Tejo to think if Jasmin marries Fateh and stays in Virk house then she will trouble the family even more. Tejo asks him to be strong and think smartly if he wants to save Virk family. Jasmin asks Fateh to kill her if he wants. She tells him that he can never do wrong, because he has his principles. He tells that Amrik could have died. She tells that Amrik didn’t die, if Fateh doesn’t accept her conditions, then she will not let Amrik stay safe. She asks him to accept her conditions and stay in peace.

He replies that he will never accept her conditions. He doesn’t want to give up. She tells him that Gurpreet will pray for Amrik and family, then she will come to plead with her, she will accept the conditions. Fateh tells that he will show her what happens tomorrow. Next day, Tejo meets Gurpeet and encourages her. She goes to meet Khushbeer. She finds Khushbeer and Fateh discussing about Jasmin’s demands. Khushbeer tells that the lawyer has refused to help them. Fateh tells that he found a way to relieve the tensions.

He refuses to accept Fateh’s request. Fateh tells that its his son to protect his family and give them happiness, he is lucky to get this chance. He asks Khushbeer not to get worried, he is just going to the jail, he isn’t going to die. Khushbeer stops him. He promises to hire a big lawyer and save his sons. He doesn’t want his sons to be tagged murderers. Fateh makes him promise that the matter will be just between them. Khushbeer realizes that he got his old Fateh back. He hugs Fateh. Tejo leaves from the house.

She smiles to fulfill his wish. She reminds the love story which he wrote for Jasmin and sent it to her instead. He laughs recalling the incident. She reminds his poetry. They share a laugh. He tells that she still remembers it. She tells that it was really beautiful. He tells that he had stolen the poetic lines from Bau ji’s old love letters. He reminds her their initial fights that happened before they fell in love. They get into a moment. They laugh a lot just to cover up their sorrow. They hide their sorrowful tears from each other. She asks him to have coffee with her. He is happy to spend time with her before his arrest.

Their old moments get created. He recalls the way he used to drive Tejo on his bike. He holds Tejo when she drives him on her scooty. They spend some time together while sharing the coffee. She tells that she will visit him in the jail when he can sacrifice his future for his family’s sake. He gets delighted to hear this. She tells that she wishes to stop him, but she can’t find any other way, so she wants to respect his decision. She counts on Khushbeer, who would try his best to save Fateh. Fateh doesn’t think Jasmin will easily give up.

Reviewed Rating for Udaariyaan 24th January 2022 Written Update Fatejo’s sacrifice: 3/5 This rating is solely based on the opinion of the writer. You may post your own take on the show in the comment section below.