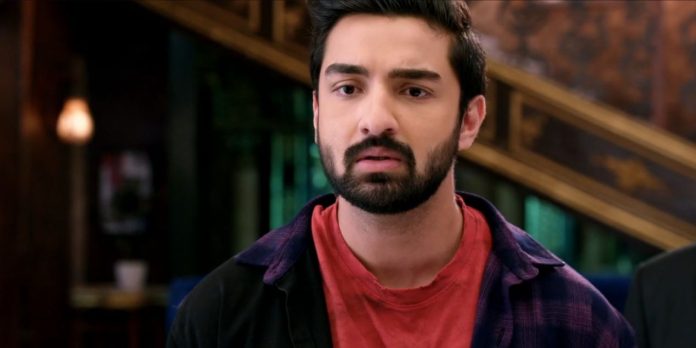 Bhagya Lakshmi 7th April 2022 Written Update Rishi divorced Rishi tells Virender that he will not divorce Lakshmi and even she won’t divorce him. Dadi tells him that Neelam has changed after hearing the other pandit. Rishi tells that he doesn’t see Lakshmi’s Kundali but their relation. He feels Lakshmi and his relation isn’t of friendship and marriage. Ayush tells that its love. Virender and Dadi support Rishi. Neelam tells that Rishi can talk good about Lakshmi, but the divorce has to happen. She doesn’t want Dadi to feel sorrowful in this age. She advises Dadi to come with her. Virender asks Rishi to talk to Lakshmi before Malishka meets her. Malishka visits Lakshmi’s house. Neha tells that she is smart, she had seen Malishka with Rishi long time back.

Malishka asks her not to intervene. Lakshmi defends her sister. Malishka tells that Lakshmi won’t have anything left, once she makes a call to her dad, he will buy the entire chawl and throw out Lakshmi. She asks Lakshmi to sign the papers and get a huge alimony. She gives two options to Lakshmi. She tells that one who wins will get Rishi. She can do anything to get Rishi. Rano wants to get the alimony amount. Malishka asks Lakshmi not to force her to do anything wrong. She tells that nothing is left between Lakshmi and Rishi now. She lies that Rishi and her relation has crossed all limits.

Lakshmi sees the divorce papers. She recalls her marriage with Rishi. She signs the papers. Malishka hugs her and thanks her. She tells that she used to hate her, but today she feels Lakshmi is her best friend that she gave her life’s best friend, her husband. Lakshmi asks her to go and take Rishi’s signatures on the papers. She tells that divorce should happen soon. Malishka tells that the divorce won’t get stuck. She is really grateful to Lakshmi. She tells that she will call her to the court. She leaves. Rano can’t believe if this is happening for real. Neelam tells Rishi that Lakshmi has signed the divorce papers. Virender is shocked because he believed that Lakshmi will never sign the papers. Rishi asks why are they doing this.

Reviewed Rating for Bhagya Lakshmi 7th April 2022 Written Update Rishi divorced: 4/5 This rating is solely based on the opinion of the writer. You may post your own take on the show in the comment section below.