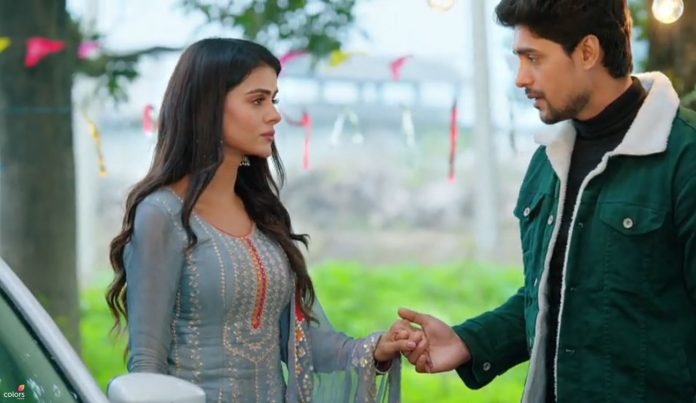 Udaariyaan Fateh marries Tejo 11th July 2022 Spoilers Udaariyaan episode spoiler – Fatejo’s marriage Khushbeer tells Fateh that it is not good to keep Tejo in the house but she will be safe in the ashram. He drops Tejo at the ashram with a heavy heart. Tejo cries and asks Fateh to stop. He comes home and Gurpreet welcomes him with a smile. Fateh marries Tejo and she is dressed in bridal attire. He says that he cannot let her go. Tejo is on cloud nine while Gurpreet and Jasmine are shocked.

Woh To Hai Albelaa episode spoiler – Kanha disheartens Saroj:
Saroj blames Sayuri’s family for taking 40,000 rupees from Kanha through emotional blackmail. She asks him if Sayuri’s sister will study with the help of their money and from when did he take her maternal house’s responsibility. Sayuri is stunned. Kanha says that if a wife is expected to take responsibility then the son-in-law should also take it up. He tells Sayuri to tell her mother that he is the son of her family too and she has full right over him. Saroj is shocked.

Geetanjali Devi asks Simar where is Reyansh and she goes to search for him. She doesn’t find him anywhere in his room. Simar asks Chirag how was his second meeting with Kavya and he says that she is with another guy and he doesn’t feel that she is interested in him. Simar is shocked. She informs Aarav about it and he is also stunned. Reyansh and Kavya hug each other dearly.

Ranveer tells Suhani that they are leaving the house. She tells him that she cannot leave the house at this moment. He asks her to remain stubborn and do as she wishes but warns her that if he leaves alone today without her then their relationship will end here only. Suhani is shocked and cries. Ranveer leaves in anger and she watches him go.