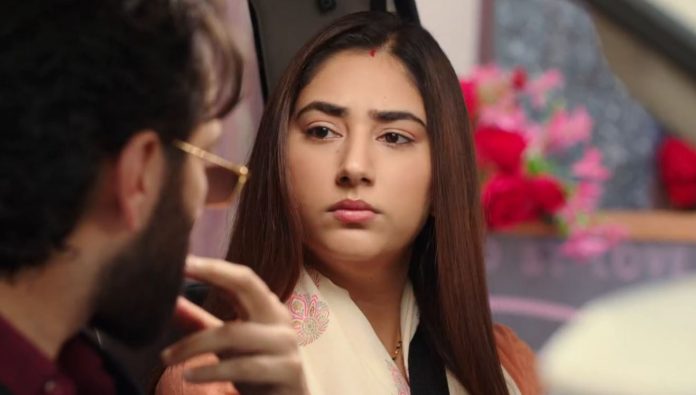 Bade Acche Lagte Hai 2 Spoilers Vedika harms Priya Bade Achhe Lagte Hain episode spoiler – Vedika harms Priya Kanika questions Vedika about her glow. Vedika says that she is very happy about her plan as it is very special. She says that she has sent Maitri upstairs to bring Priya. Vedika eagerly awaits Priya. Ram helps Priya to tie her blouse lace. Vedika asks Kanika if she is ready. Kanika bumps into Nandini and apologizes to her and spills the oil. Priya slips and Pihu shouts. Ram is stunned.

Ajit informs Bebe that Kanwaljeet had made him Swaran’s guardian and how can he let her work at other people’s houses. Swaran says that she doesn’t have to ask permission from him to do any work. She says that Kanwaljeet has given him her responsibility and not the right to make decisions for her. Ajit is taken aback.

Soumya panics and asks Armaan where are the kids. He says that they must be sleeping but she informs him that they are not at home. Armaan gets a call from an unknown guy. He warns him that if it is a prank he will not spare him. The guy asks him to listen to his kids if he doesn’t believe him. Jashn and Jahan request Armaan to save them. Armaan is shocked. Soumya grows worried.

The lawyer informs Nikhil that the court is a war field and everything is fair in war. He asks him what he has to do. The lawyer tells him to say that Pallavi is a single lady and remains drunk all the time. She cannot handle herself then how will she take care of 5 kids. She is also a character-less woman. Nikhil is astonished. Pallavi tells Ranveer that she will do anything to keep her kids safe.

Simar prays to the goddess to make her meet Reema. Reema shouts at a girl for spoiling her dress. Simar sees Reema and calls her. Rudra provokes Reema to not forget her dream after reaching it halfway. He asks her to move. Simar pleads with her not to go. Reema is in dilemma. Vivan sees Reema with Rudra and gets alarmed.