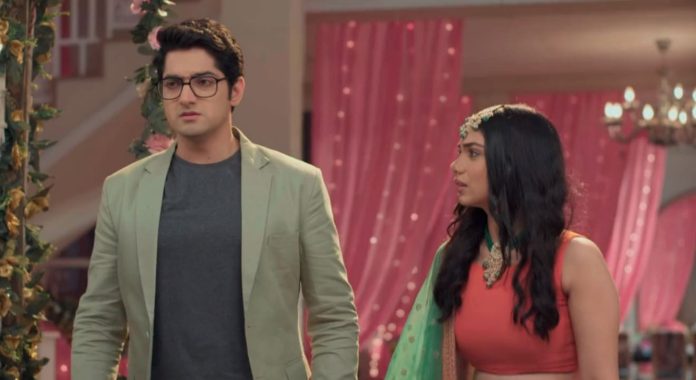 Yeh Rishta Kairav blamed 16th August 2022 Spoilers Yeh Rishta episode spoiler – Akshara on Kairav’s side Akshara tells Abhimanyu that she has read all the questions present in his eyes but has only one answer to it which is that Kairav is innocent. He asks her why does she always take her family’s side. Mahima asks Akshara to get out. Akshara cries and Abhimanyu is taken aback.

Na Umra Ki Seema Ho episode spoiler – Gift for Hariprasad:
Vidhi tells Dev that she has earned something for the first time in her life. She says that even though her father refused to take money from her then too she wants to buy something nice for him. Vidhi gifts a new spectacle to Hariprasad. He is shocked and asks her where she brought the money to buy it. She says she got it from her first salary. Hariprasad becomes angry and says that he had refused to use her money.

Zoon’s teacher complains to Ritesh about her misbehaviour. He says that it is all because of her mother who gets angry on small things. Zoon’s teacher says that Indu doesn’t seem like this. Zoon laughs. Ritesh says that Indu can do anything in anger. Zoon’s teacher asks him if it is real and Zoon agrees. She asks Ritesh to take her away. Indu gets to know from a peon that Ritesh has taken away Zoon.

Channa Mereya episode spoiler – Goldie in trauma:
Ginni makes a promise to Goldie that she will never let Aditya marry Simranpreet. Goldie is in complete trauma and drinks alcohol with his friends. One of his friends shows him the picture of Aditya’s fiance and Goldie is shocked to see Simranpreet. Goldie locks himself in a room and Ginni’s mother bangs the door. Ginni breaks the door and goes inside. She is shocked to see Goldie.

Pari starts throwing things around and Dev asks her if he taught her to do like this. She says that she has to do the ritual. Navdeep asks what is the matter and Dev is stunned. Kaju tells Neel that he didn’t want to speak with her so came into another room. She says that relationships are not like kites which can be loosened or tightened. Kaju confesses her feelings to Neel yet again. He is stunned.