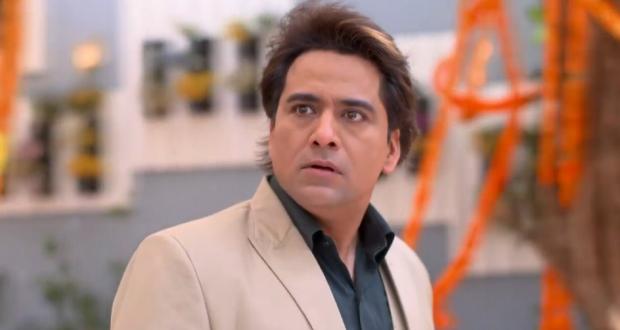 Yeh Rishta: Manish strives to conceal shameful past… Kartik learns about Naira’s Karwachauth fast. He doesn’t get angry on her, but supports her like a good husband. He just worries for her health, which she is well aware of. Kartik and Naira spend romantic time when they await the moon. Kartik helps her end her fast. Naira gets happy that the entire family supported her. Meanwhile, Kartik and Naira get close to find Samarth’s secret past. Naira succeeds to spy on Samarth and get an evidence from him. Kartik has all hopes that they find some crucial information from the pen drive. Kartik wants to know what’s the big matter which Manish isn’t able to share with them.

He tells Naira that Manish can share any family issues with them, there could be nothing to hide. Manish hides the matter from Suwarna as well. He doesn’t wish to reveal the shameful past to anyone. Manish also instructs Dadi to stay tight-lipped about the past. He asks Dadi to visit some temple or live in farmhouse for few days, till Samarth leaves from their house.

He feels Dadi is just staying terrified by her assumptions about Samarth’s coming. He doesn’t think that Samarth remembers anything of the past. Samarth remembers the past how Dadi has thrown his family away, and made him out of the house when he wasn’t at fault.

Samarth gets raised by his maternal grandparents, while he loses his parents, because of Dadi. Dadi doesn’t feel she can explain Samarth the sin committed by his father. She has hidden the shameful past so that it doesn’t influence Samarth’s childhood. Dadi feels she has been equally wrong to ruin his happy childhood.

Samarth doesn’t know the complete tale of the family clashes in the past. He holds half memories of the bad incident and concludes Dadi wrong. Samarth wants to ruin Goenka family, just like his family was ruined by Dadi’s one move. Kartik aims to nullify Samarth’s negativity. Manish wants to make her terms with Akhilesh better first. He focuses on Akhilesh’s stay in the house. Akhilesh has no intentions to understand Manish. He isn’t aware of the past as well. The truth will be soon coming out and bring a new storm. Will Kartik and Naira learn the complete truth and help out their family? Keep reading.

Navin tells Madhuri that he is getting a makeover for impressing Prerna. He feels Anurag is giving him a tough competition. He tells her that though age isn’t on his side, he can still show he is the best. Prerna would never fall for Navin. Anurag knows this very well. Navin lives in a misconception. Navin takes a new avatar and meets Prerna at her home, when she is talking to Anurag over phone. Anurag just asks her to break the marriage. She doesn’t listen to him. Navin surprises Prerna with his new look, but she seems least interested. Anurag gets another chance to make her realize the reality. He gets a lead about Navin’s old connections. Anurag attempts to expose him.