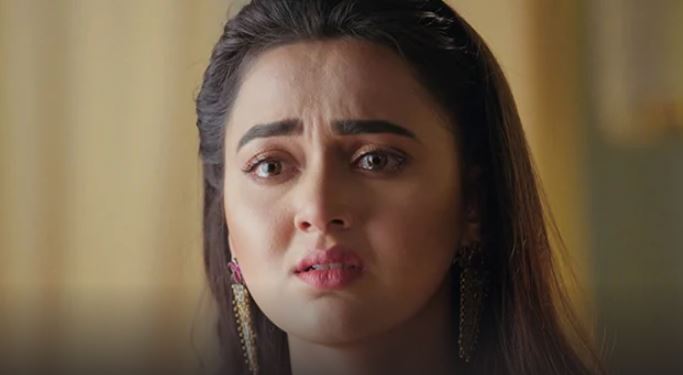 Silsila Mishti plans break-up with Ruhaan 2nd July 2019 Ruhaan tells Radhika that Mishti has to go to her friend’s place. Mishti doesn’t want to go with him. Ruhaan tells Radhika that its Mishti’s friend’s bachelorette party. Mishti asks Radhika to permit her to go for two days. Radhika asks Mishti to go and enjoy. Ruhaan asks Mishti to thank him for taking Radhika’s permission. He goes to pack his bags. Mishti feels their lovely relation will end soon. She cries on missing Ruhaan. She goes to meet Ruhaan and stops herself. She promises Pari that Ruhaan will just be of Pari. Mishti is ready to sacrifice her love. Ruhaan makes a work excuse and quickly leaves from the house.

Radhika asks Mishti to have breakfast. Mishti is also in hurry. She feels sorry and hugs Radhika. Ruhaan and Mishti leave in the car. Ruhaan apologizes to make her lie to the family. Mishti sees Pari and hides inside the car. Mishti tells Ruhaan that she lied to Radhika and Pari shouldn’t know this. Pari looks for the bouquet which Ruhaan gave her. Radhika asks her to find it herself. Pari asks for Mishti. Radhika tells her that Mishti has gone to her friend’s place. Pari thinks who is the new friend, she haven’t heard about such friend. She wonders how did Mishti and Ruhaan go away from home at the same time.

She gets doubtful on them. Mishti wants to call Pari and talk to her. Ruhaan tells Mishti that he loves her and wishes to be with her all his life. He tells her that he is taking much work to buy the flat for her. Mishti messages Veer and asks him to call her. She makes a plan to get away from Ruhaan and emotionally end their relation. Veer checks Mishti’s message and calls her up. Mishti gets Veer’s incoming calls in Ruhaan’s notice. She does a drama like something is happening between Veer and her. Ruhaan tries to take the phone.

He loses his focus and hits a biker on the way. Ruhaan is taken to the police station to sort the mess. He tells the inspector that he has no parents, he will himself take the responsibility of his mistake. He regards Mishti as his would be wife and expresses his love. Mishti finds it difficult to break Ruhaan’s heart.