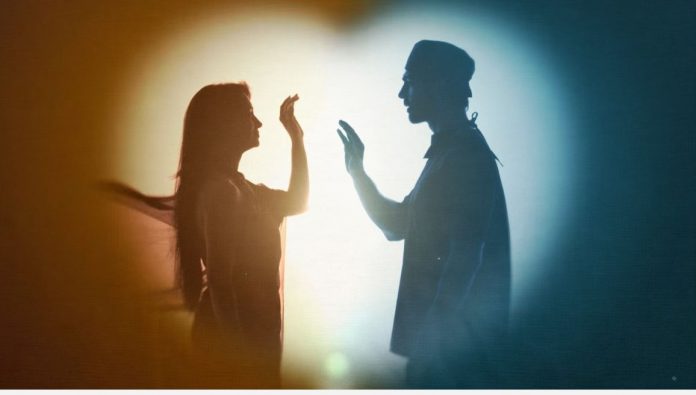 Kahaan Hum 28th February Starplus Rohit in danger tonight Rohit is much scared for Sonakshi’s life. He wants to protect Sonakshi and their families. He confronts Nishi about Sonakshi. He gets fearless after crossing the limits of fear. He threatens to kill Nishi when the latter denies to know anything about Sonakshi. Rohit and Sumit are much worried since Sonakshi didn’t reach the camp. Suman is much worried that Sonakshi would have committed suicide seeing the death approaching. Rohit tells her that Sonakshi is very strong and can’t give up.

He asks the doctor about Sonakshi. He learns that the patients went in the bus, while Sonakshi left in the car. The doctor tells that they didn’t arrange any such car, someone has intentionally taken Sonakshi. Rohit is much tensed to know where did Sonakshi go and why. Rohit is disappointed with the hospital authorities for their negligence. Ajit informs Rohit about Naren giving a hint about Sonakshi being in danger because of Nishi. He tells that Nishi has told something to Naren, after which Naren is much restless. He asks Rohit to find Sonakshi and save her. Rohit thinks what did Nishi go. He wants to know where is Nishi.

Ajit tells that Nishi is at home with Yash. Rohit asks him to stop her at home by some excuse. He runs to Nishi’s office and searches for some clues. He gets Sonakshi’s real reports. He learns that she isn’t infected. He is glad that she isn’t in any danger. He then worries that Nishi has changed the reports to intentionally send Sonakshi to the camp filled with the infected patients. He wants to find out Sonakshi and save her from Nishi. On the other hand, Rohan is seen taking care of Tanya. He wants to make sure that she recovers soon. He regrets his actions. Pari calls him up and sympathizes for his loss.

She then acts to be in trouble since Sonakshi is missing. She tells her sobbing stories to gain his sympathy. She acts much unwell, which makes him worry for her pregnancy. He rushes to meet Pari. She knows that he will fall in his trap. She tells that she wants some support in raising her child, she can’t be helpless. Furthermore, Rohan meets Pari and tells that he was concerned after hearing her scream. She tells that she is much lonely and depressed, she doesn’t want to re-enter his life, she has moved on, but she is much worried for her baby. She emotionally blackmails him and makes him connect to their baby.

She tells that she is worried for baby’s future, she has to manage the responsibility alone, since Sonakshi won’t be able to survive after the super virus infection. She apologizes to him for attempting Tanya’s miscarriage. He breaks down into tears and apologizes for trying to kill her baby. She wishes that he accepts her. She thinks she is helpless to get back to Rohan for the sake of her baby. They feel the baby kick and get happy as the parents. Rohan gets in dilemma over accepting his child.

Nishi suggests some proposals for Rohit. She asks Veena to choose someone suitable and then talk to Rohit. Rohit wants to speak to Nishi. He asks Veena showing the pictures of the NRI girls. He doesn’t want to see any picture. He tells that he isn’t interested in anyone, he doesn’t want to marry. Veena questions him if he is still after Sonakshi, when she left from his life. He asks her to spare him and Sonakshi too. He doesn’t want to marry anyone and makes it clear to Veena. He confronts Nishi about changing the reports. He wants to know about Sonakshi. She tells that she likes to play the game freely, she has sent Sonakshi to the camp where she will die a miserable death.

Rohit tells her that his fear ended because she has exploited him a lot already. She threatens him about Naren’s life. He tells her that if anything happens to Sonakshi, then he will kill her(Nishi). He feels Naren’s life is worse than death, everything is ruined in front of his eyes. He wants revenge on Nishi. He promises to kill her if she harms Sonakshi. He asks her why did she kidnap Sonakshi. She denies the accusations, since she isn’t behind the kidnapping. He tells her that he will find Sonakshi. Nishi too isn’t aware of Sonakshi’s kidnapper. Rohit fails to find any details of the car in which Sonakshi was kidnapped.

Rohit works in haste and also tries to balance the investigations to know about Sonakshi. He unknowingly walks in the quarantine zone without the mask and gets exposed to the infected patients. He isn’t scared for his life, but wants to meet his responsibilities towards Sonakshi and family first. Will Rohit get infected? What’s the truth behind the kidnapping? Keep reading.