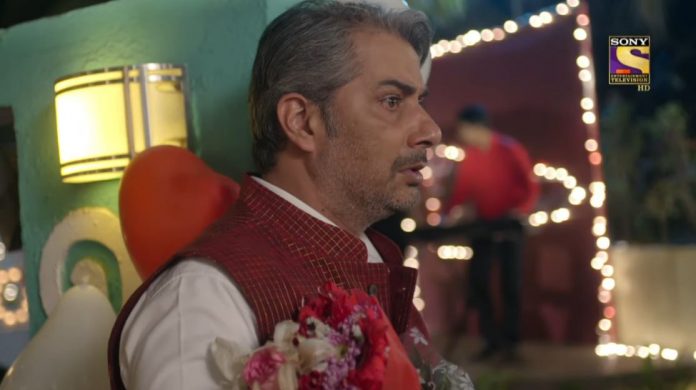 Amber poetic romantic start to win love in Dad Ki Dulhan Amber gives much respect to Guneet and her mum Pammi. He wants to befriend Guneet. He helps her and tries to act sweet. He becomes a chef to make Guneet’s favorite cookies. He works hard to make the cookies. Guneet and Pammi return home. Amber asks Guneet to taste the cookies and judge his cooking. Guneet is much surprised. He tells that he has made the cookies for her. She thinks why is he helping her. She likes his good change.

He tells that they shall behave normal and stop fighting, he wants peace in the house. She accepts his peace proposal. She accepts his friendship. She thinks he is upto something. She doubts on his sudden change. Nia tells Amber that he never baked any cookies for her. Amber wants to keep the cookies just for Guneet. Amber and Guneet’s love story will be developing. Amber feels Guneet’s love has turned him into a storm.

He is glad that her Roka didn’t happen, he still has a change to make his points. He loves Guneet and happiness returns in his life. He wants to make sure that Guneet isn’t shattered because of the Roka cancelling. Pammi gets angry on Amber. She asks him why is he helping them uncalled, he shouldn’t be with them. She makes him leave.

Amber wants to know Guneet’s perception, if she is regretting after breaking the Roka. He stays outside the door and overhears their conversation. He tolerates Pammi’s anger and acts polite.

Pammi scolds Guneet for breaking a good alliance. She doesn’t think there was something wrong in the alliance, he was the most suitable guy for Guneet. She asks Guneet if she has done this for the sake of her online friend. Guneet tells that she even left the online friend, she isn’t talking to him, she has called off the Roka just for the sake of her own happiness. She tells Pammi that she doesn’t want any friend in her life. Amber thinks it will be hard to convince Guneet. Are you excited to see Amber poetic romantic start? Keep reading.